Port moves in the first four after holding Roos 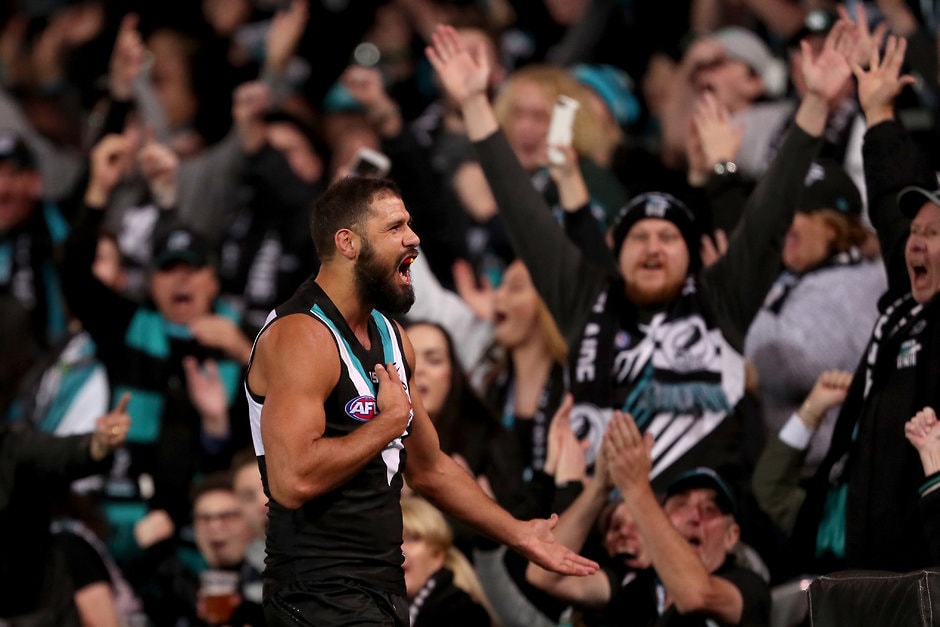 The miserable start of Melbourne season in the season continued with a loss of 16 points to Port Adelaide in Adelaide Oval on Friday night.

The last northern racer fell to the fifth loss in six matches, with convincing Luke McDonald, hampered by a knee injury.

McDonald floated from the pitch in the second quarter, but returned with his right knee tied and in clear discomfort in the last half.

The power, by penalizing three goals in the first half, increased its lead to 28 points in the halftime.

An error from the back line in North Melbourne allowed Sam Gray to throw out his third goal in the first half.#AFLPowerNorth pic.twitter.com/nnOQxc5wOe