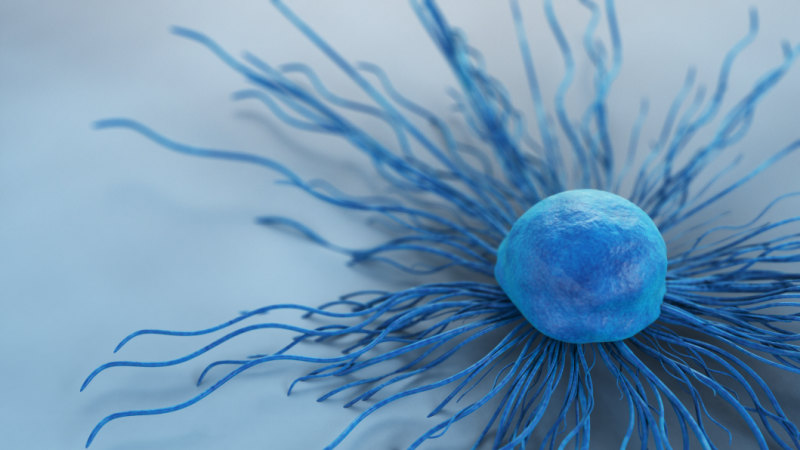 "Prostate cancer was the biggest overestimation – going back to 1993, the AIHW published reported a 22.5 per cent risk of getting prostate cancer. We calculated it was 14.4 per cent," Dr Bach said.

"The difference between a one-in-four chance of getting prostate cancer and a one-in-seven chance."

More recent data saw a smaller discrepancy in that rate, but there was still a lower rate of contracting all cancers using the method that takes into account other causes of death.

Cancer is Australia's number one cause of death, far outstripping number two – heart disease – with more than 46,000 cancer deaths in 2016 compared to just over 19,000 from heart disease, according to AIHW figures.

Dr Katy Bell, a disease screening expert from the University of Sydney and author of the paper, said while they wanted to play down the risk of cancer, it was also important not to overstate it.

"It's important to provide the most accurate data we can so people can make their own judgments about whether they need to take action or do early-detection screening," Dr Bell said.

"The statistician on our paper and myself had a very helpful conversation with people from AIHW who say they are aware of the issue and are currently looking at ways they could implement a change."

Richard Juckes, Head of Health at AIHW, said they were aware of the different methodology, but stressed that the one they currently used was the worldwide standard.

"The competing mortality method has the advantage of more accurately estimating the lifetime risks of cancer diagnosis and death," Mr Juckes said.

"However, for the purpose of international comparisons, it is better to have Australian estimates calculated on the same basis as other countries than to use estimates that are not comparable."

Mr Juckes said AIHW was considering using the competing mortality method used in the new research, but stressed that the current single-mortality method was best suited for comparing between populations.

Both the AIHW and the study's researchers emphasized that the figures being generated were the risk of cancer at a population level and not for individuals, which should always be calculated using their personal risk factors.

Dr Bach said while the calculations required to get co-morbidity into the account had been very complex in the past, there was now free software available from the US National Cancer Institute that could do many of the calculations themselves if given the relevant data.

"The global stage is shifting towards more adjustable mortality computing. The US and Canada are using this software, and we wanted to provide evidence to suggest Australia should do well," Dr Bach said.

In addition to prostate cancer, colorectal cancer also saw a large discrepancy between the two methods, while melanoma and breast cancer had relatively small differences between the two outcomes.

The overall differences between the results have become smaller over time, which researchers credit to a falling rate of other major causes of death, such as cardiovascular disease.

Stuart Layt covers health, science and technology for the Brisbane Times. He was formerly the Queensland political reporter for AAP.