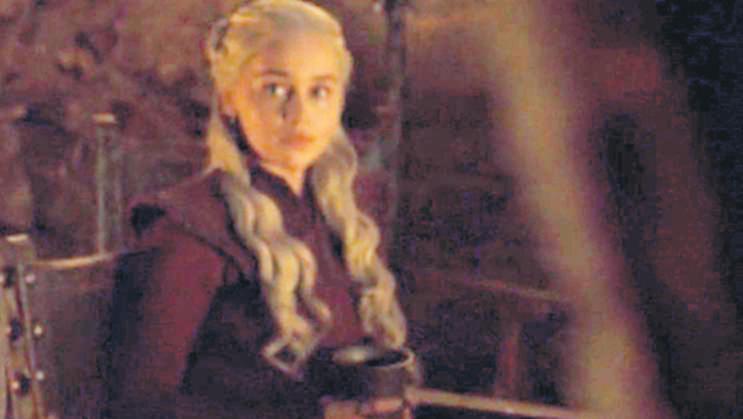 The 33-year-old actress was caught in the middle of some drama during HBO fantasy epic's final season earlier this year when a Starbucks cup was spotted on screen in what was an embarrassing mishap for the show, and now she has revealed the culprit was actually one of her co-stars.

Appearing on The Tonight Show with Jimmy Fallon, she said: "So here's the truth. We had a party before the Emmys, and Conleth, who plays Varys – who was sitting next to me in that scene – he pulls me aside and he's like , 'Emilia, I've got to tell you something, love. The coffee cup was mine'.

People are still talking about the awkward moment six months after the episode in question – 'The Last of the Starks' – airs, and Emilia is adamant Conleth was behind it, even though she admitted she had been drinking the night he confessed.

She added: "I think that's who did it, yeah. I mean, he said it. He might have been drunk, but he said it."

She said: "I'm not really too sure [what happened]. It's hard to get stuff done. I wonder.

"Maybe it'll be reincarnated at some point, but if it wasn't meant to happen now, then I'm sure it's because they knew it wasn't going to be as perfect as it should have been."

The planned spin-off project was set to take thousands of years ahead of the events of the original series – which was based on George R.R. Martin's 'A Song of Ice and Fire' book series – but after filming the pilot episode, it has now been axed by HBO.

However, HBO has already confirmed plans for 'House of the Dragon' – based on the companion book 'Fire & Blood' – which has been ordered straight to the series, and will be set 300 years before the events of the epic fantasy.