Documentary by Michael Hutchens for the Air of the BBC Two 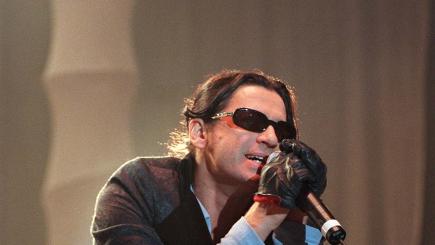 The documentary by Michael Hutchins, which will include interviews with former girls, Kylie Minogue and Helena Christensen, will be broadcast on BBC Two.

MYSTIFY: Michael Hutchins, for the life of the front-runner of INXS, won his world premiere on Thursday at the Tribeca Film Festival in New York.

The film is described as "an intimate portrait that reveals the secret and mysterious side of the lead singer and songwriter".

Written and directed by Richard Lawlenstein, who worked on some of the early music videos of the band, contains "rare archival recordings and intimate insights from friends, lovers, family, colleagues".

Yan Yanghuzban, the BBC's head of TV release, said: "Michael Hutchins was one of the most influential and charismatic rock stars of the modern era, and I am delighted that this moving documentary will be broadcast on BBC Two."

Hutchence dated the singer Minogue and model Christensen and was also known for his relationship with Paula Yates.

The Australian was found dead in a hotel room in Sydney in 1997.

One coroner registered a suicide sentence.