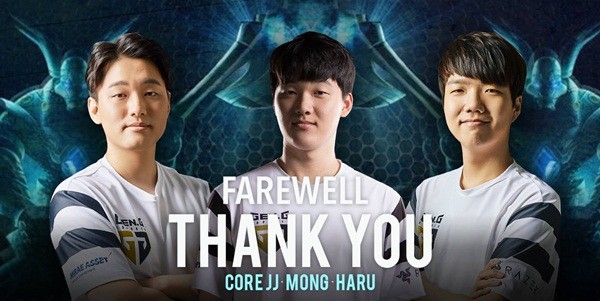 December 17, Gen.G, through official social media, revealed that their contracts with CoreJJ, Haru and Mongem ended. What's more, it was also noticed that the reason for leaving CoreJJ was due to the fact that he wanted to go further, not the difference in pay.

Growing up and performing as a player for enthusiasm in 2018, Haru will also be looking for new bands. Gen.G wants to help Haru find his next team. Mong, of course, will also receive help from Gen.G. Through a social network Gen.G thanked the three players for their service and wished fans would continue to support these players.

As a result of 5 players leaving Gen.G, it is inevitable that the team constantly recruits new players. In particular, from absence in the jungle, Gen.G declared that he was planning to hire a jungle, which could change the colors of the team. It is safe to assume that Gen.G will also be looking for support players and generally top level players.