A man killed in the explosion of the power plant 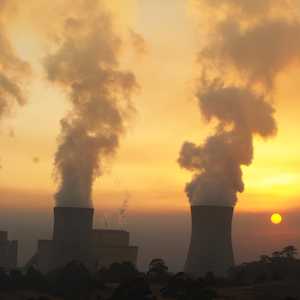 The man died after he suffered significant burns of most of his body during an explosion at a large power plant in Victoria.

Initial reports indicate that the employee of the Yallourn power plant at the age of 50 worked on the aggregate after a break at work around 16:00.

It is believed that the high-voltage circuit breaker exploded, resulting in a man suffering serious injuries, including widespread scalding of the upper and lower parts of the body.

Victoria's ambulance said that the man was in critical condition when the paramedics arrived and flew to the hospital by helicopter, but died on Tuesday afternoon.

Researchers working as part of 'Safe Victoria' are currently investigating the circumstances of the incident.

An Energy Australia spokesman, who owns the facility, said that the death of a man shook workers.

"He was a local in Latrobe Valley and a popular, hardworking employee who has been with us for three decades." Everyone on the spot was deeply concerned about this incident, "said the spokesperson.

"We will conduct a full investigation, but now our main concern is to make sure that his family and our people receive the support they need."

The Yallourn power plant is a huge complex consisting of six coal-fired thermal power plants, providing one-fifth of Victoria's energy demand, and is located in the Latrobe Valley in Victoria.