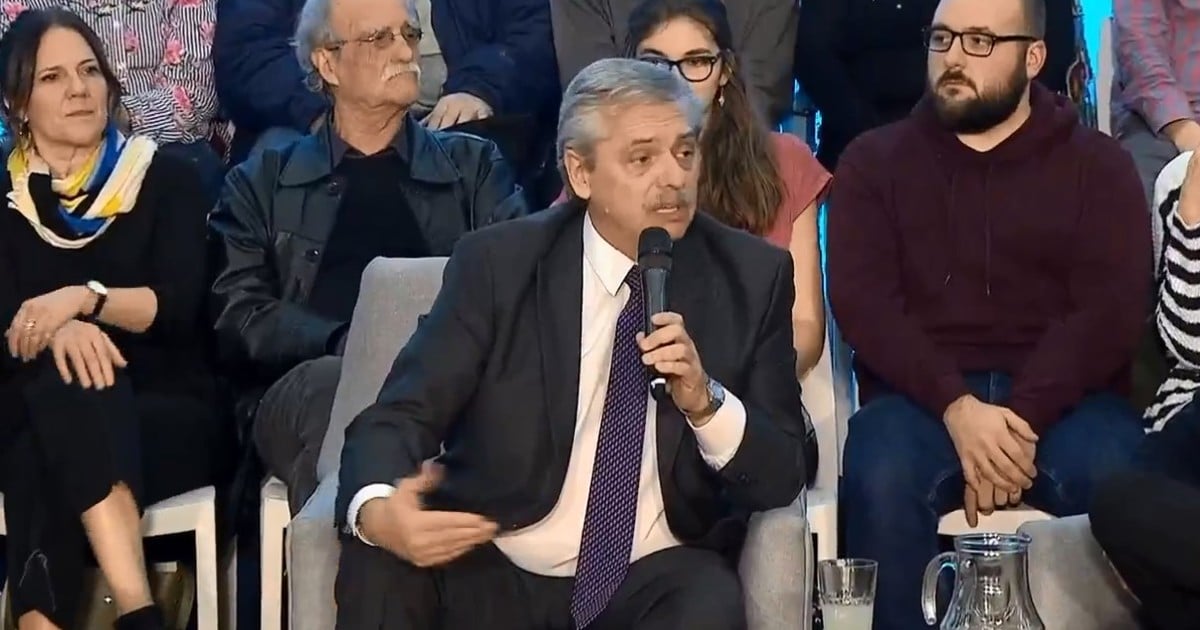 Mathematician and journalist Adrian Panza took part this Wednesday in the act of giving thousands of scholars to Alberto Fernandez a request to support his candidacy for president, and has discovered a formula that, if applied correctly, would ensure victory for the All Front.

What you need to know today about the ruling party and the opposition.

From Monday to Friday

"Since I hear that there are some people who doubt that this formula can win, I want to tell you a brief report," Paena began, standing next to Fernandez. "If each of us could convince or explain to two people why we should vote for Alberto and Christina, the first would be me, One day there would be three. I have already given my role and if those two arriving convince two, it will be 7. In 5 days it is 31 and in 10 is 1023, and it is growing rapidly, ”Paena said.

According to his calculations, "in 15 days we reached 32,000 and top, in 20 we already exceeded one million, at 25 we have 33 million, they don't even vote. If we reach 30 days there are a billion people and we have convinced one week of the world. In 33 we came to exceed the population of the country, and in 35 we reached 34,359, for all future generations, "he added with a smile.

Former sports journalist jailed, saying "everyone knows what the task is when we leaveá ”.

"Adrian's calculation is very interesting. I don't intend the Chinese to vote for me, so the Argentineans vote for me. I'm taking this paper to make an account and starting tomorrow I'm going to get a list to see who convinced the two, "Alberto Fernandez said with a smile.

Panza was one of the presenters at the event, which has helped thousands of scientists support Fernandez through an invitation that has more than 8700 signatures. The event took place at the Faculty of Real Sciences at the University of Buenos Aires.