Veronica Ojeda, after meeting Maradona with Dieguito Fernando: "Yesterday my son wanted to stay with his father" 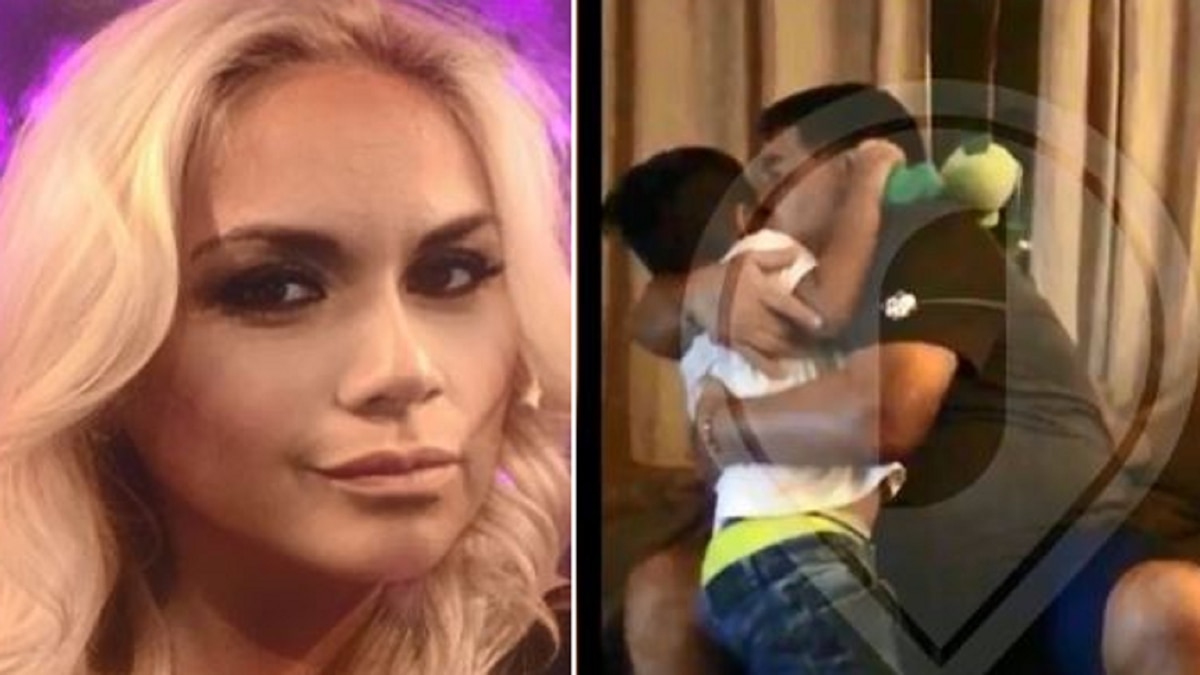 After a very nice passage of time in which "10" again smiled, Dieguito's mother apologized Intruders to provoke Giannina's wrath. He also said how happy his son was after his father's visit.

"Just as I came back from my psychologist and Dieghtho from the educative psychologist, I talked a bit on this issue, the truth is that it was very good for Diego to be with his father," said Veronica.

Then he entered into tears and continued with forgiveness that was directed at Giannina, without wanting to name her. "I apologize to a person who is upset that I spoke and said this, but it was not my intention to be so angry, I'm a little bit sensitive, because I just left the therapy, I did not intend to get angry and create a problem , because it's not a problem for me, it's something exciting for me. "

"When I talked to Jorge (Real), with whom I have a great relationship, the truth is that he knows a lot of things about the family in general, and sometimes reserves and preserves it not to tell him. During the year, we talked about Dieguito and said, "Yes, Diego saw Dieguito." Diego did not have to hide it, for me it was something really exciting and I really saw my son happy, "he admits.

"Also, at the same time, I was a little scared, because I also talked with Doctors of Dieguito, because I do not know how I will react honestly, if it will be good or bad." The truth is that it was terribly good for In fact, yesterday, when they were late, he did not want to come, he slept and my sister said: "Diegote, we need to go home, your mother is waiting for you and she will be sad if you do not go" " he continued.

"And he fell asleep because he wanted to stay with his father, how happy he is, it is good to tell him why you always say bad? I'm a mother, and I know what happened, but I know the pain that caused me. The truth is that I wanted to tell Jorge and I care about everything I do, I want to say, a period. I do not hurt anyone"he said.

"Yesterday I could apologize and nothing else I promise I will not name someone else, I apologize and apologize if someone disturbs me, my priority is Diega, and I see my son happy," Veronica repeated.

In turn, he may have the opportunity to tell about his son's experience with his father. "Dieguito told me that he was playing with his father, who told him that he loved him, that he accepted it very much, played … He was happy. He is a 5-year-old boy who does not see his father much. "

"I will always love a great relationship with my father, if possible, you must first enjoy both of these, thank you, my brother Fernando, who leaves his job aside to take him." He is delighted, unlike the excellent relationship with Diego , I thank my whole family to support me in everything, "Oeda said.

"I do not know so much about Diego's personal life, but the only thing I can tell you is that Dieguito is being reconstructed, in fact yesterday Matthias Morla called me because Diego asked to see his son. If Dieguito wants to stay overnight, let him take his backpack, his Ipad. You need to know how Dieguito sleeps. Beat all night, "he said.

Asked about her ex-relationship with Rosio Oliva, Veronica Ojeda avoided coming into controversy. "I do not want to talk about this person, I prefer to talk about my son and that my son enjoys this moment, today the past is already here."

Then, he returned to his son's theme: "These two days Diegitos is super happy; in fact, he sends videos to Matthias Morla because he wants to send videos to his father," and explained: "Dieguito can talk with his father as many times as he wants, without an intermediary, I have no problems. Today I speak with Matthias to communicate with Diego. The best thing about this moment is the way it is and it's fine in this way: the driver who has communication with Matthias Morla. So everything is perfectly respectable. Step by step everything, little by little. I do not want to have problems with anyone. "

In addition to everything he can expose, Rial mentions the sisters of Diego Maradona. "The truth is, I do not know much, Dieguito said that he is with all his aunts, says aunt for everyone, aunt here, aunt there, but I do not know". And he asked about the relationship with his younger brothers. "Junior spoke with Dieguito. He was with Diego Matthias, too. "

At the end of the interview, Veronica said: "My priority now is Dieguito Fernando, then we will see everything, now with everyone, everyone will try to break their happiness with their father in their own way." I repeat, Diegoto is 5 years old and he can not handle it, he is not an adult, can not take his car, go there and drink a partner, so I have to intervene, call Matthias Morla and pick it up. " And ended with a broken voice: "You know everything, Jorge, you do not want to say, but you know everything."