They arrested a rapist in the subway through the face recognition system – 26.04.2015 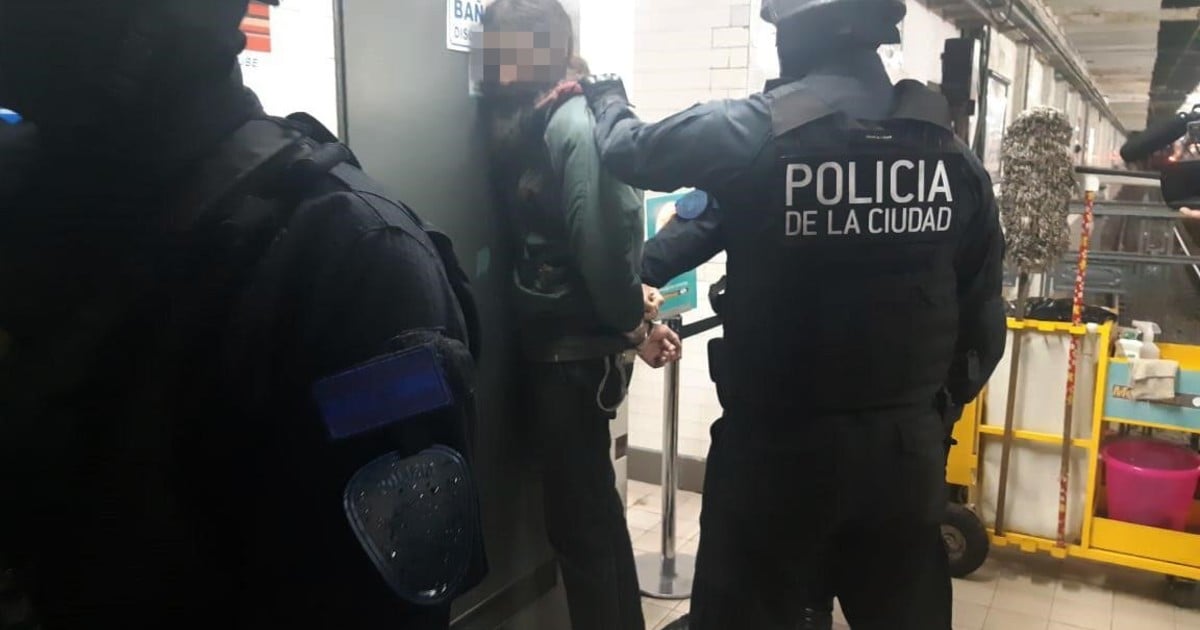 He was a fugitive from 2017 for the rape case and walked through the city like nothing. On Thursday, he went down to take the subway station at Plaza de Mayo station and identified the face recognition cameras and he was arrested.

This was the fall of M., according to his initials, one of the first refugees captured by the new smart camera search system began on Thursday in the Federal Capital.

One of the images showing how the face recognition system works.

The detainee is at the age of 50 and had a request for arrest by the Administrative and Correctional Court no. 9 in the case in which he is charged with "crimes against sexual integrity", according to police sources.

The arrest took place after the system read his face and compared it to the National Consultative System for Rebels and Interests (CONARC).

One of them was M. I., so the police received a warning, and the agents who were near station A, had identified and detained him. When he was recognized by the system, the fugitive wore long hair and grew a beard, as did the photograph of his police files.

There is in that list more than 46,000 defendants declared "in absentia", that is, they are refugees of justice. By decree, in 2016, the Minister of Justice of the nation, Herman Garavano, ordered the data to be made public. "If you keep that information confidential, it ultimately is to cooperate with the secrecy of the fugitive," he said Clarin director of the National Registry Register, Jose Guerrero.

"We understand that there is an unpunished act behind every fugitive and the victim is not compensated," the official added, and said that because of this policy, which was imitated by several provinces, they reached reduced the number of refugees from more than 50,000 in 2015 to 46,274 today.

The images of the cameras are analyzed by the Center for Monitoring of Urban Areas.

Prior to that, the province's justice fugitive could commit a crime in another, be arrested, and then released, since the first province did not share its relapse data. "Since the national bases have been opened, the provinces have begun to imitate and allow information to be shared among different agencies," Guerrero said.

On Thursday, the head of government, Horacio Rodriguez Laureta, announced that seven people were arrested on the first morning of the operation of the system. So far, 28 people have been discovered, but in the end, only four were detained. Among them, accused by sexual abuse, extortion and robbery.

"The rest was about where it is located, the adherence to the punishment and others made available to justice, and justice decided," explained the deputy chief of Buenos Aires, Diego Santilli, in charge of the justice and security ministry of the city, after leaving Martin Ocampo.

The system permanently works with data from the courts of federal, national, provincial and Buenos Aires, which are updated on a daily basis with the National Register of Registry. When a person is arrested, or a court order is ineffective, it stops appearing in the database.

In the Buenos Aires government, they say that the software works only with pictures of people who have a court order for arrest, and not with the rest of the population.

When a match is revealed, the monitoring center generates a letter for the service and notifies the policeman nearest to the place where the suspect intervened.

"There are 1,500 beggars for sexual crimes, 1,300 for murders, 2,300 for drug trafficking and more than 15,000 for robberies and robberies, among other crimes." They are people who do not have to be on the street, they do not have to go peacefully, who has committed a crime, has a consequence and must be available to a judge, "said Santili.