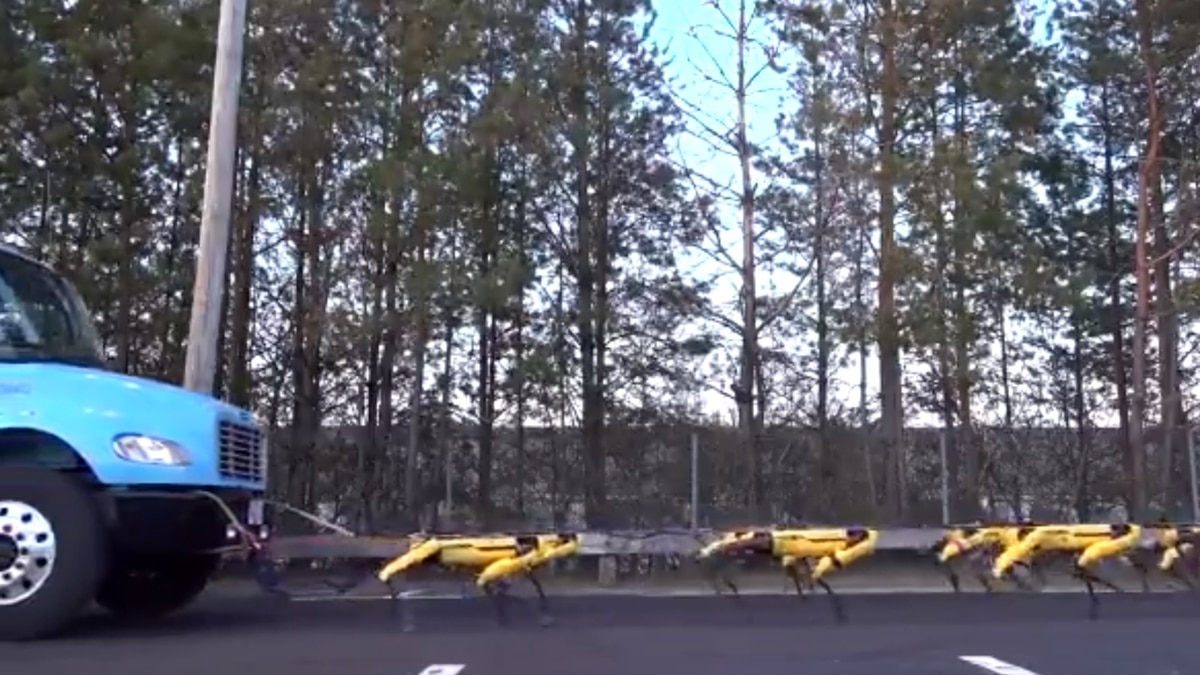 The photos show soldiers of ten robots on Boston Dynamics Check the test in which this time they do not demonstrate their ability, but their power and strength when dragging a truck.

Robots that have a shape that can resemble a dog and which were baptized by the company as SpotMinithey could without any difficulty convey the sluggish vehicle along a slope that has an approximate slope of one degree.

Boston Dynamics announced that the robot will go on sale this year. However, this will be for the industrial market. Among its main features is an autonomous hand that can be adjusted and can perform any tasks.

The video in which the truck drags is part of a new broadcast campaign with which they want to advertise SpotMini as their most precious creation.

And it's not for less, Boston Dynamics has invested more than six years in its creation. The videos that are published are known in which you can see how their evolution is.

In those beginnings, the company was part Google and Spotmini was called Spot or Bigdog at the time, as the first prototypes were larger and larger. Then it was reduced in size.

In the next few days, according to Boston Dynamics, the first robots to be delivered to their customers will go out of their production line. Now we have to wait and see what kind of usage is provided by companies that own SpotMini.

Since the end of 2018, they went on sale through exclusive reserves: they were offered to only a few companies and the price they paid was unknown.

According to Boston Dynamics, SpotMini is the most demanding, intelligent, small and friendly robot in the world, capable of performing a wide range of tasks. And judging by videos, that's what it looks like.