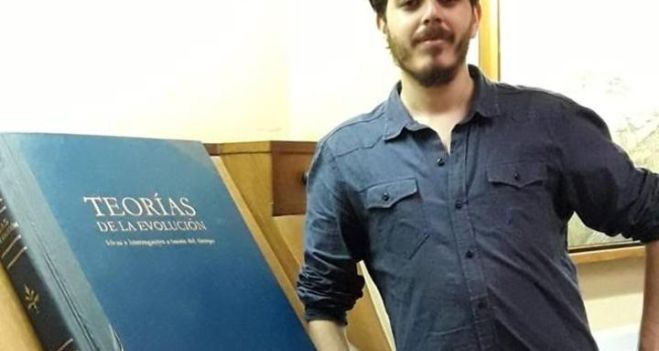 Martin Likata, the 27-year-old press officer who was wanted last Saturday when he left his house in the settlement of Floststedt and stopped communicating with his family, was found in a temporary hotel in the Flores neighborhood with signs of hanging. Buenos Aires, Justice, was investigating where the young man is located alongside another case that examines the discovery of a man's lifeless body that entered the hotel on Saturday morning at Ramon Falcon Street, accompanied by a woman of about 25 years.

After the disappearance of the young man, the family introduced habeas corpus to the Public Prosecutor's Office number 5, in charge of Cesar Troncoso, which gave negative results regarding the registration of young people in public dependence. His sister Mariel wrote via Facebook that Martin "left home at 9 am on Saturday, and since then we have not heard from him. He is 27 years old, 1.85 m high, wearing his blue shirt in the photo, black jan and white sneakers" .

Maria Likata also said that "we do not know where it goes," and only once does one respond to one of the many calls from her family, and immediately after receiving SMS "asking for a name we do not know." According to his sister's testimony, Martin did not receive WhatsApp messages sent from his family.

The young man, who works in various media (La Batalla Cultural, Kontrainfo and Sudestada), in which he signed with the pseudonym Martin D'Amico, received threats through Facebook and a few months ago he approached people in civilian clothes. The family feared that his disappearance had been linked to this background, so he scheduled a press conference tomorrow at 10 am at the CTA-Capital headquarters and at the Rivadavia and Mariano Acosta meetings at 6:30 pm.

In parallel, the City Police investigated the death of a man who was found dead with foxes and signs that he was hanged in a temporary shelter on the same Saturday in the Buenos Aires district of Flores. According to Telam Police spokespersons, the body was found by cleaning staff who entered the room afternoon to perform tasks.

The guard of the temporary shelter and other witnesses assured the police from the police station of the neighborhood 7 of the city police that he had entered the hotel with a 25-year-old girl at 11.30 and left alone at around 13.30. .

For this reason, a woman, who has not yet been identified and remained a refugee, has been intensively demanded by police in Buenos Aires. At the scene of the incident, the relevant expert reports were conducted by the Mobile Criminal Unit and the police unit of the Buenos Aires City Police. In that case, intervened by the Penitentiary-Correctional Prosecutor's Office 3, led by Marcelo Daniel Rom.