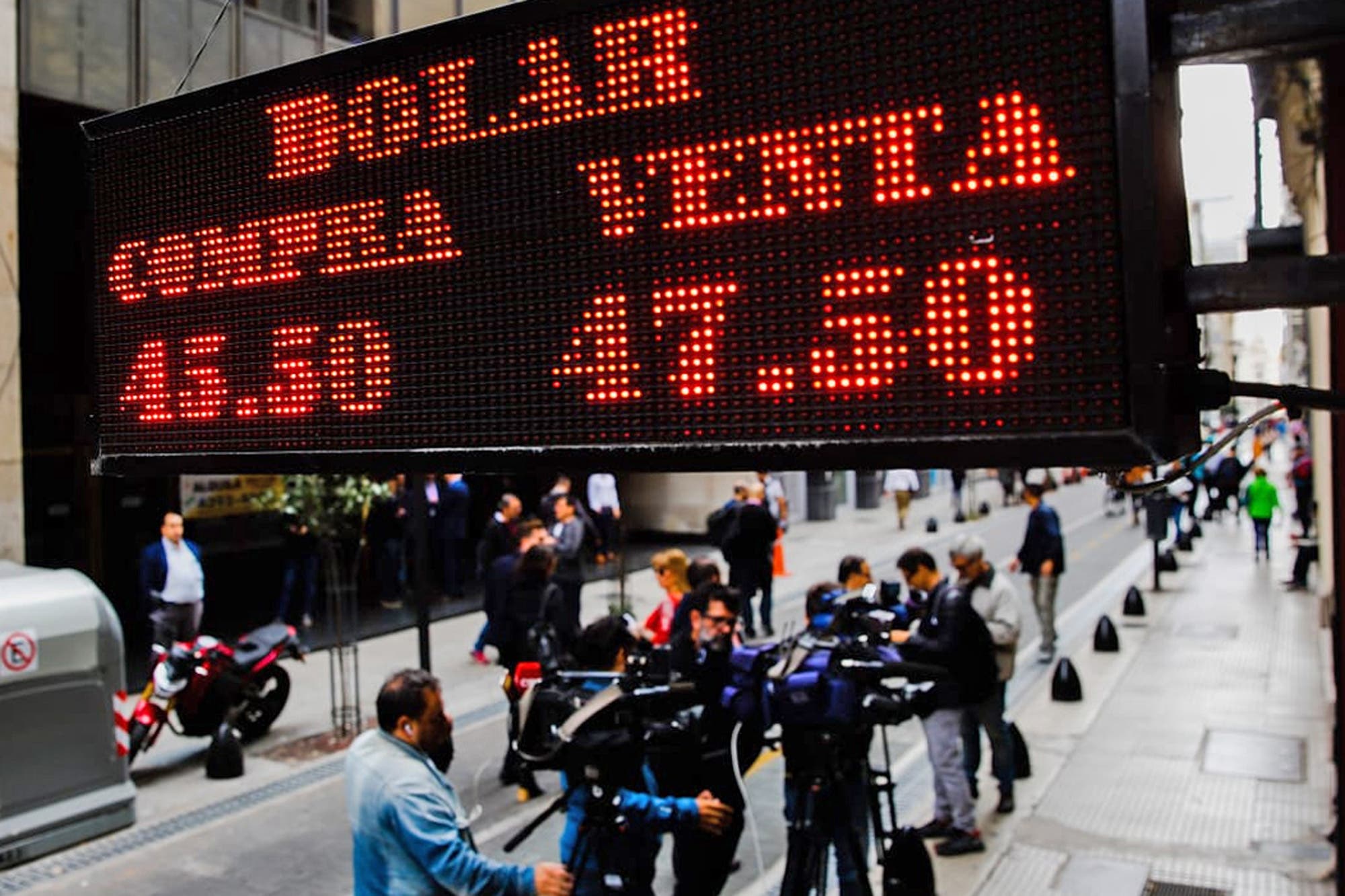 Operators of the city Buenosayreian could not escape the sensation of yesterday
déjà vu. As soon as they re-started their activity, they re-started the dollar in a hurry: they climbed by 4% in a few minutes, due to the absence of points of sale, when they only registered 4 positions for $ 15 million on the screens.

The scene reminded the experiences of 2018, just one year after the turning point that marked the beginning of the race: the liquidation by

(BCRA) of $ 1,471.7 million of its reserves in one day, so funds (mainly foreigners) who invested in Lebac could make the currency go to $ 20.25 and without suffering from exchange rate shocks .

This operation, designed by Federico Sturzenegger as a sign that there is no reason to doubt the health of the pesos, was what ended with the transformation of the escalation that the dollar experienced for several weeks on a fierce path.

Yesterday, the feeling of emptiness, after the black Wednesday for the Argentine funds, was re-created on the market, because besides that, the risk rate has already risen 1000 points (reached 1011) in front of a sustained wave of liquidations that once again experienced ties.

The state of affairs forced President Macri to cancel its agenda for that day and set up a mini-crisis cabinet (see separately) to monitor the evolution of markets and coordinate actions to counter the new wave of distrust. In the warmth of those moments of nervous and catholic, an official reaction was born:

-And, above all, a
through free so the Treasury and BCRA co-ordinate their activities (specific intrusions of the banks on the foreign exchange market, strong interventions on the futures market and approval, so that Anses begins to buy bonds in dollars) that stabilize the account.

The central bank began to refer to that wholesale price with the deal to expire at the end of the month on the futures market: it was planted with strong sales. "This signal, which remained firm, caused the first shy look and something more active following the private offering on the cash market and caused general adjustment of positions in futures, especially in shorter terms," ​​he explained, an experienced operator specializing in that segment.

Little light in the tunnel

Since then, and to strengthen this signal, official banks have charged some sales orders in the cash market (not all committed), at the same time as the BCRA confirmed a higher rate increase: it started paying the 71% day for placing Leliq between the banks and ended up validating rates of 72.25% per annum, with a maximum of 73%, albeit leaving $ 36.2 billion equivalent to the street.

Until then, the return of the bonds contributed to calm, facilitating the final withdrawal of the denar from 7.4% of the country's risk (dropped from 1011 to 935 points during the day), which fell to 3% in relation to the previous closure. The population of the bonds supported the pressure on the dollar. "Many of the stores they sell use those pesos to dominate," explains economist Matthias Charougati, manager and Fit.

"What can be seen is that they have gone to all the mechanisms that could be used to correct the strong rise of the dollar at the beginning of the day," summed up operator Gustavo Quintana, PR Cambomios.

Despite the efforts, the peso ended the circle (the second day in a row) as the weakest currency in the world, losing another 2.2% against the dollar, doubling the collapse of the Colombian peso and the Turkish lira, and boosting 0.8% real. This again consolidates itself as the largest devalued currency in the world so far this year (falling 19%), a title that won in 2018.

From now on, and given the uncertainty, there is no one who believes the situation has calmed down. "I do not think that it can not be ruled out that volatility will continue until a strong signal is given, it can be a policy or an agreement with the IMF to allow BCRA to use the intervention stocks on the market now that the pre-election period is confirmed. It will be complicated, "said economist Guido Lorenzo of the LCG.

"A year ago, two developing countries (Turkey and Argentina) suffered strong traumas: while the former regulated the capital account and avoided going to the IMF, Argentina went into debt and submitted it to the agency. Today, the market gives us the probability of default of the liabilities of 78% for April 2021, which is when the loan should start to return to the Fund, and only 14% in Turkey in the same period, "said economist Fernanda Valéjos.