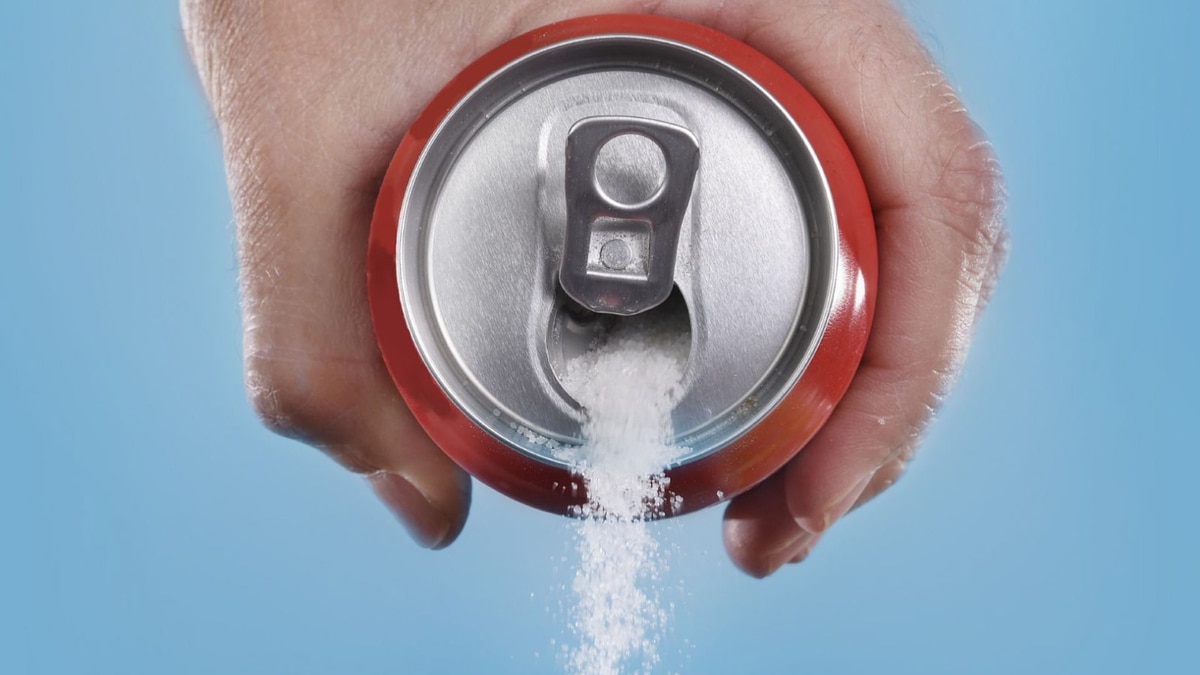 It was the World Health Organization (WHO) itself responsible for installing the concept of obesity as a global epidemic and talking about it as the first chronic non-infectious disease (CNCD) that generates important influence on the level of public health.

Chronic non-infectious diseases, or long-standing diseases with generally slow evolution, such as diabetes, cardiovascular disease and cancer, are the main causes of death in Argentina, where diet is one of the most important risk factors.

And if you are talking about food, the consumption of sugar drinks is at the top among the least healthy habits that grow most in all ages.

A recent study among men and women in the United States showed that the more drinkable liquor (SSB) a person drinks, the greater the risk of premature death, in particular cardiovascular diseases and, to a lesser extent, by cancer.

"Women, especially young women, tend to underestimate cardiovascular disease and do not usually identify the precordial pain of a heart attack as such a disease because they consider it to be a pathology exclusive to men. Death in women is due to cardiovascular disease, while cancer is about 15%, "said Cardiologist Carlos Reguera, head of the Department of Preventive Medicine and Cardiology at Ineba.

It is advisable, according to the specialist, "to realize basic preventive health controls at least once a year and to strengthen them while progressing to our age." "We must be aware that many times the risk factors do not anticipate the disease, but that they are the disease, so we have to intensify the care and control of each one, focusing on prevention," said Reguera, who said: "Health healthy eating is an important way to reduce the risk of heart disease and stroke.To get the most benefit for the heart and brain, you need to consume more fruits, vegetables and whole grains and healthy proteins.In addition, Foods with added sugars, calories and unhealthy fats should be avoided"

The study, directed by the Faculty of Public Health T.H. Harvard Chan and whose results were published in the journal CirculationHe also found that drinking an artificial sweetened drink (ASB) daily instead of a sugar beverage reduces the risk of premature death. However, the drinking of four or more BSAs daily was associated with an increased risk of mortality.

"Our results provide additional support to limit the consumption of SSB and replace them with other drinks, preferably water, to improve general health and longevity," says Vasanti Malik, a research scientist from the Department of Nutrition and lead author of the research.

Studies have shown that SSBs (carbonated and non-carbonated soft drinks, fruit drinks, energy drinks and sports drinks) are the main source of added sugar in the US diet. Although the consumption of SSB has decreased in the last decade in that country, there has been a recent increase in adults with SSB only levels that have almost exceeded the recommended diet recommendation to consume not more than 10% of the daily calories of added sugars. The input of SSB also increases in developing countries, fueled by the urbanization and commercialization of drinks, according to the authors.

Previous studies have shown a link between SSB injection and weight gain and an increased risk of type 2 diabetes, heart disease and stroke, although few have analyzed the association between SSB input and mortality. In a new study, researchers analyzed data from 80,647 women between 1980 and 2014) and 37,716 men from 1986 to 2014. For both studies participants responded to questionnaires about their lifestyle and health status every two years.

Added sugar, the essence of matter

Adding sugar means what is added to food products and naturally containing honey, fruit juices and fruit juice concentrates. Recommendations are limited to them, and not to the "internal sugars" present in fresh whole fruits and vegetables.

Cardiologist Fiorella Tartaglione (MN 144.259), a member of the Argentine Cardiac Foundation (FCA), said that "if the daily consumption of sugar is taken into account, the WHO recommends a maximum of 50 grams (12 teaspoons of tea)." The Latin American Diet and Health Study (ELANS) in which eight countries participated, showed it In Argentina, the intake is 115.2 grams per day, of which 91.4 corresponds to the added sugars"This figure doubles as recommended and puts the country at the head of regional spending.

Among the findings of the study, researchers found a particularly strong relationship between the consumption of sugar beverages and the increased risk of early death from cardiovascular disease. Compared with rare alcoholics, those who drank two or more servings daily had a 31% greater risk of premature death than cardiovascular disease. Each additional portion of SSB day was associated with an increase of 10% in the risk of death in relation to cardiac pathologies.

Among men and women, there was a modest link between the use of SSB and the risk of early death from cancer.

The researchers also monitored the association between the consumption of artificial sweetened drinks and the risk of premature death. They found that replacing the SSB by ASB was associated with a moderately lower risk of premature death. But they also found a link between high levels of BSA intake (at least four servings per day) and a slightly higher risk of general death and mortality associated with CVD in women, thus warning them of increased BSA consumption.

"These findings are consistent with the known adverse effects of high sugar consumption on metabolic risk factors and strong evidence that the consumption of sugar-sweetened beverages increases the risk of type 2 diabetes, a major risk factor for premature death. "The results also provide further support for policies that restrict the sale of children's and adolescent's sugar beverages and the implementation of taxes on soft drinks, because the current price of sugar drinks does not include the high costs of treating the consequences," he concludes . Walter Willett, a professor of epidemiology at Harvard.