Home / argentina / The balconies of a building in Mar del Plata collapsed: there are two dead

The balconies of a building in Mar del Plata collapsed: there are two dead 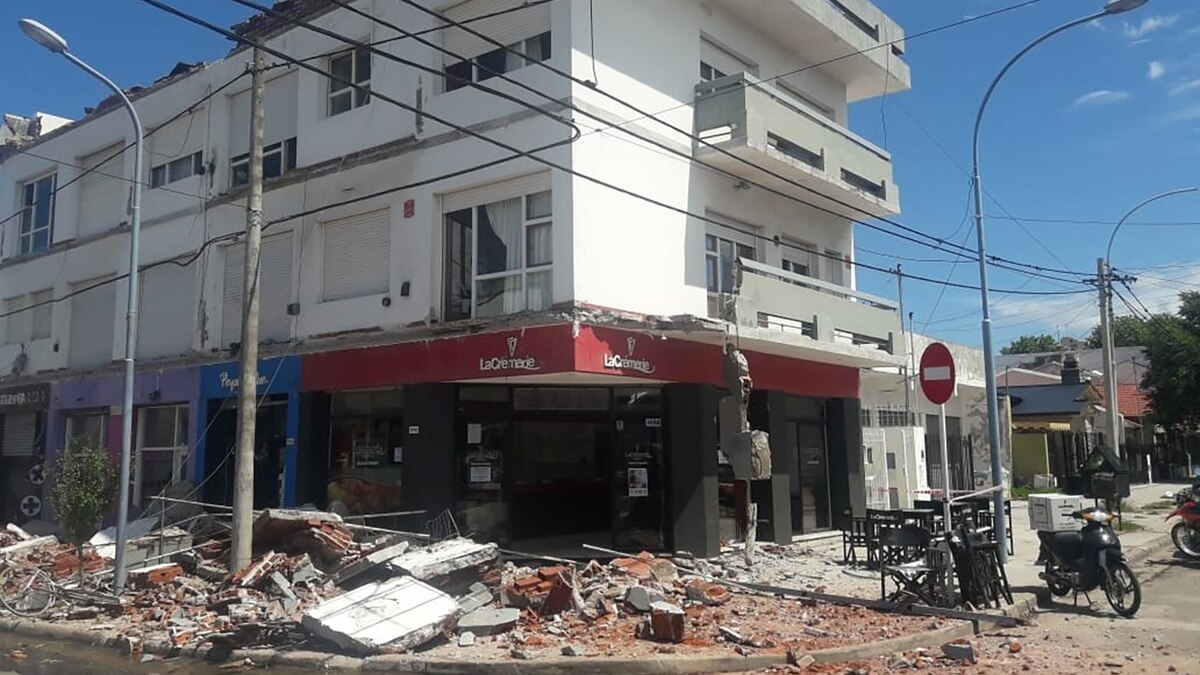 The incident occurred around 14 in a building located in Punta Mugotti, where several balconies collapsed and fell on the public highway. The noise shocked neighbors and Buenos Aires police officers reported it A woman and her daughter died on the spot.

The reasons for the incident are not yet known. The collapse of the balconies also drags a part of the store's masonry to the ground floor and drops on the trail where it travels Agustina Ferro (35) and daughter Luzardi (3), who dined a few minutes ago at a nearby restaurant. The two victims were natives of Mar del Plata.

The prosecutor Pablo Cystoldi He was present at the scene and confirmed: "SOM cameras are being watched to determine if there are more victims." He also pointed out that a "preventive network" before the possibility of new detachments.

In this way, Cistoldy assured the newspaper The capital of Mar del Plata what "evacuation of the building is envisaged, light and gas are already cut off".

"They are three balconies of three different floors. He fell first from the third and threw them down below, "he told Infobae Ulyeses, an employee of Hotel California, is located 100 meters from the fact.

"I worked and the noise was huge, the hotel is one block from the place and It sounded like it was at the door. We were very scared and we ran. I understand that local citizens live in that building, "the young man added.

Several people circulated around the site quickly approaching to confirm that no pawn or a neighbor from the zone was found under the ruins, although few minutes later the presence of both women was confirmed.

Under the building is a La Cremerie Ice Cream Shop, People Blue Store, a clothing store and a veterinarian. On the scene they are working personnel at the police station fifth and the local police, who cooperate with rescuers at the Central Barracks and the Harbor Firefighters.