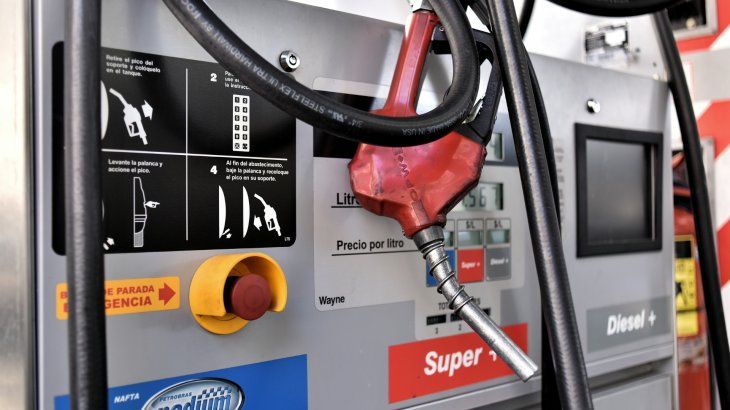 The main reason for the decline was the sudden annual decline in the commercialization of premium oil, which declined by 28.8%, due to the subsequent increase in the prices of pumps. For a year went from selling 253 thousand cubic meters to 180 thousand. With the highest quality of Diesel, Grade 3, the same thing happened. The decrease in sales was 6.6% in the last 12 months.

The latest report by the international consulting company Global price of gasoline (GPP) revealed that Argentine fuels have come close to the general price level of the world: $ 1.15 per liter of Super. En 100 days the filling price of an average 55-liter vehicle tank increased from US $ 47.30 to US $ 62.70, or 32%.

With an accumulated price increase of more than 70% so far this year, the market continues to be headed by YPF, which already concentrates 60% of sales. Axion Energy (PAE) achieved growth in September 10.2% year, while the oil company Shell (Raízen) by 4.3%.

Bidding between companies led private companies to give them in prices. The state-owned company kept the values ​​in line with the variations of international crude oil and the exchange rate, but its competitors exceeded the increases that were later processed.

With a barrel of Brent bordering on $ 60 and one dollar below $ 40, far from the top of the Central Bank's intervention range ($ 44), the government believes there are enough reasons to prevent subsequent adjustments and even price deflation. "What we are seeing in recent weeks is that the combination of a stable exchange rate and an international price generates the conditions likely for some companies to reduce" noted this week Nicolás Dujovne.

"We know that there is no cost for fuel, there are different business decisions, some can fall, others can not, it also varies by components because it is not the same price for premium gasoline, Super gas or diesel, so we are moving to see different movements, where some can go down, and maybe others will not ", explained the Minister of Finance.

On December 1, the rise of 14% in taxes on the sale of fuels, which is updated quarterly according to the accumulated official inflation. Although this update does not have a strong impact on the final price of products, it is expected that oil companies will add new costs for biofuels and apply a new increase before the end of the year. Market sources have estimated that with the transfer of prices, companies in general have resigned more than US $ 1 billion. Although it is not yet official despite Dujvovi's wishes, Office manufacturers are waiting for another increase in the coming days.