Marina Simian: "What I got help, but the situation is very complicated" 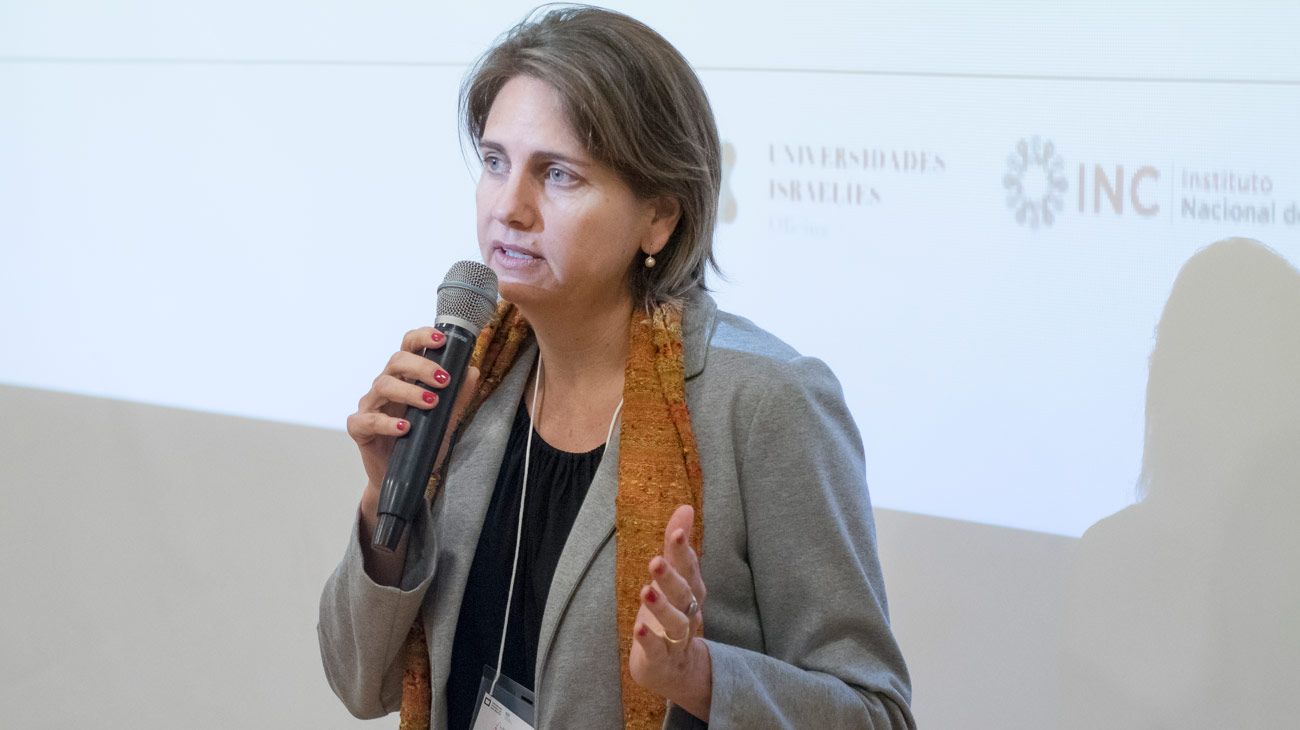 Crisis Conice reached the highest time on television. The participation of the molecular biologist Marina Simian in the program Who wants to be a millionaire? (Telefé) left in central time an assertion that Argentinian scientists have been holding for some time: the lack of funding that affects the sector and puts the work of laboratories and institutions on the brink of paralysis.

Simian holds a doctorate in biological sciences from the University of Buenos Aires (UBA) and Berkeley. She is a specialist in the development of new treatments against breast cancer through the combined use of traditional medicines and nanotechnology at the Nanoscience Institute at the National University of San Martín. He applied for the program run by Santiago del Moro with the sole purpose of getting money to buy goods and to continue his research project. He earned 500,000 pesos: "It's help, but the situation is very complicated."

Marina says she never imagined that her participation in the television competition could have had such an impact. "I did not do it for that purpose, I did not think it would have such a big impact. The truth is, I'm very excited about my colleagues' support. They tell me: "this raises the question of a table, more than a march." I've never thought of it before, but if it had that effect, welcome. I do not regret it. I also thank my working group. This was a plan we had together, I offered to be the one who took part in the program, but with the condition to accompany me, "Simian told PERFIL.COM. – What is the state of your research team today?

– I have a subsidy from 2016 PICT, I earned it in 2017, and so far we had half a year tax deposited last year, and the other half recently. And I asked that in 2016. They also give me half the amount of my answer in pesos annually, to add the devaluation. They deposit 260,000 pesos, they are about 5,700 dollars. To make cell and molecular biology impossible, we can not do magic. The Argentine researcher does not buy compulsively, he thinks a long time before buying supplies, he takes many precautions before making the investment, he is very informed. Ywe are accustomed to working in a tougher way. But this puts you in an impossible situation. In my laboratory, reagents end up and I can not replace them. If I can not have the antibodies I study with the molecules that we try to regulate to prevent tumor growth, the truth is that I'm complicated.

– Did you have any offers to go abroad?

I finished my doctorate abroad, and then I returned to Argentina and formed my research group here. I collaborate with many researchers abroad. I think that if I leave, I will return to work because I have links and trajectories. My work is respected and I can go abroad. But I have 47 years, three children, a husband, so it's not that easy. And I want to continue doing science here. In the case of my scientists, it is a good thing for me to do experience abroad. In fact, there are two who are outside and they do very well. The problem is that the country offers nothing for the recipients of the scholarship to return to Argentina. – What is your research based on new cancer treatments?

– Based on the mechanisms we discovered at cellular and molecular levels in how tumors stop responding to therapies, we designed multifunctional nanoparticles; ie nanoparticles that are capable of carrying more than one treatment, more than one agent that goes to the mechanisms that we identify as promoters of the induction of this resistance. Interesting about nanotechnology is that it allows you to target treatment specific to the tumor, which is not small, because it reduces toxicity much to the level of the rest of the body. And one more feature is that you can put a lot of things inside the nanoparticles. It is like a vehicle where you will compose treatment at the genetic level, some medicine, etc. We are working on this in a multidisciplinary way.