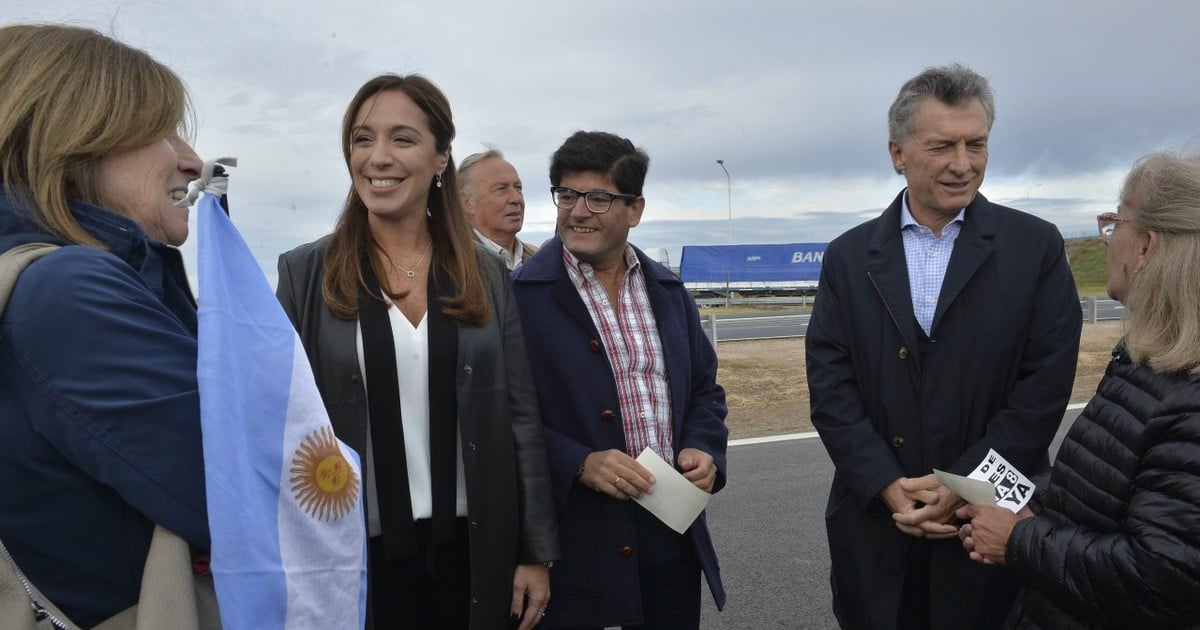 Maria Evgenia Vidal does not want to be a candidate for president. That's why he transferred it Mauricio Macri, who even had to make an effort to persuade her – last year – that she had decided to go to the re-election in the province. It does the same when listening to the demands of businessmen. But the governor of Buenos Aires focuses on walking in search of a vote of "disappointed", that sector that is betting on change in 2017 and that he is reluctant to renew his confidence due to the economic crisis. For that reason, in the past month, it is entrusted to the official mayors to prepare meetings with "disappointed" neighbors in order to convince them before the election.

The methodology of the meetings is simple: the mayor collects between 20 and 30 people and gives a presentation on the state of the municipality and counts the work together with the province and the national government. Municipal Affairs Secretary Alex Campbell acts as a moderator and gives the way to the neighbors, so in half an hour they present their complaints and concerns and ask Vidal. And then the governor answered. Everything behind closed doors. SIn cameras for social networks. "Without a filter and what Mary Eugenia asks is that they are really disappointed. I do not want to go to hear compliments or give a motivational speech"Sources say about the movements of the president.

Strictly speaking, this is the intention. The first experience in Trieste de Febrero did not come out as Vidal expected, as mayor Diego Valenzuela apparently did not understand the concept and the governor warned that the neighbors they met were not angry. If Makri is questioned by those who understand that she is not very skilled in the internal disagreement, the governor insists that it is necessary to listen more to the dissonant voices of the "You Can" campaign.

Nestor Grinetti (Lanus), Jaime Menedes (San Miguel), Jorge Makri (Vicente Lopez) and last Thursday, Ramiro Tagliararo (Moron) filled the room. And the governor heard complaints. The majority are "national": the price of services, inflation and the economic crisis. "The claim is that of the middle class. A small merchant who was complicated by something or a neighbor who has not been reached with subsidies and plans," explained one of the attendees at the meetings.

From exchange with neighbors, Vidal ordered measures at the provincial level – some are part of the package it announced this week – and raised its proposal to the national government, at the table of governors of Cambiemes.

In all cases Vidal unconditionally defends Makri. And it links the high points of his leadership that stand out in the talks (the deeds and the fight against mafia and uncertainty) with the support he has from the president. "Without Mauricio, it would not be possible. Without it I would not be what I am," it is a compliment that was repeated throughout the meetings. "Some convince some, it leaves others to think," he entrusted the governor.

Decided to play hard for the President, Vidal does not turn away from the responsibility of non-direct variables, such as the economy. So, even she was heard about the devaluation of last year ("The dollar was late, it was a structural problem"), from the fiscal deficit ("Nobody will believe us if we do not stop spending more than we are entering"), and even paraphrase the president regarding inflation: "80 years in Argentina have high inflation."

He also could speak with the tone of the campaign, facing the election contest: "We do not change the address. We go to Mar part Salary. That's another way. But there was something worse than we imagined", Graficó, in re-publishing the metaphor that intimacy tends to use the crystalline dome.

In the last balance, Vidal also took some indications that anger with Makri still does not result in that the vote goes to Christina, the main opponent of Cambiemes. "Be careful not to restore Kirchner," one of the disappointed. "Buenos Aires people do not eat glass, they know that efforts are worth it," Vidal was enthusiastic in one of the municipalities.