Lung cancer remains the deadliest, but not always caused by cigarettes 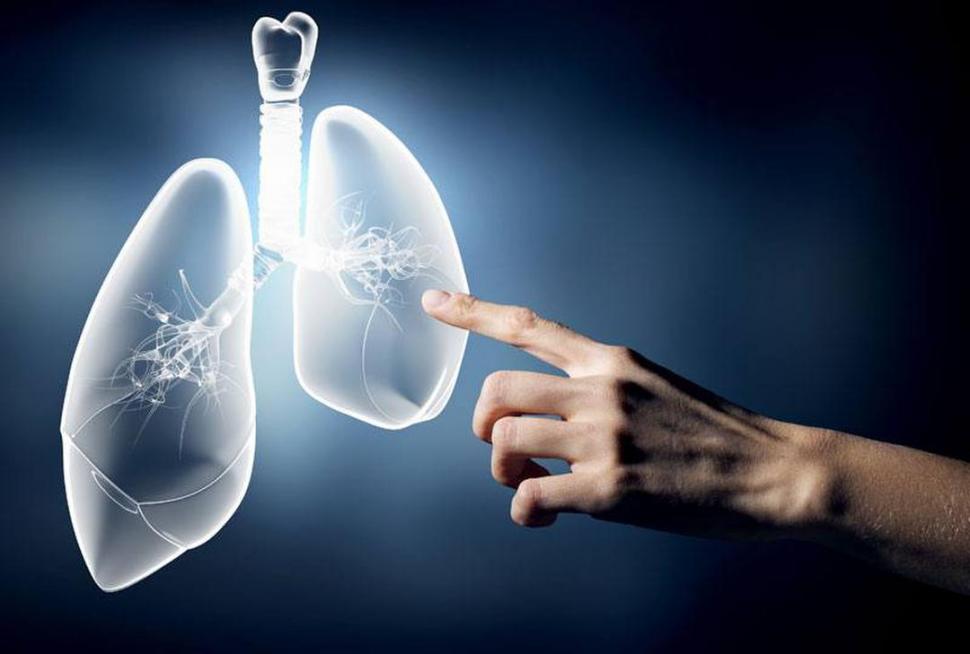 It's a classic that can be forged. Nevertheless, it is discriminatory: "tumor in the lungs? Surely smokes everything …!" Who did not hear such phrases? As it turns out, 25% of lung cancer (yes, plural because they are not all the same) suffer from non-smoking. And in that group that does not even touch tobacco, it is the seventh cause of death.

"Among people who use burning firewood, which is common in countries like ours, some lung cancer is diagnosed," the oncologist explains. Luis Corrales, from the Center for Research and Cancer of Costa Rica. They are also caused by radiation, inhalation of chemicals and hydrocarbons, and asbestos (asbestos). "Corrales was one of the trainers of the Academy of Journalists for Lung Cancer, which was conducted by Pfizer in Buenos Aires. He was in charge of presenting the panorama of the disease in the region and the challenges it creates, which are many because of lung cancer is still the deadliest cancer.

In this harsh environment, there is good news to give: the available treatments provide in many cases, depending on which type of cancer is treated, more time and better quality of life.

Let's make it clear: smoking is not the only reason, but the main reason that can be avoided; it was already clear in 1950. Oncogenesis is not so much because of tobacco itself, but with the mutations it causes in cells (in this case, the lungs, but it is not the only organ that suffers the consequences) burning of high temperatures and substances that at that moment emit tobacco, his additives and paper, said Corrales.

"These mutations are capable of promoting uncontrolled cell division and tumor development," he said. And one of the first regional data is ours: among Latino Americans, mortality is greater.

But thanks to molecular biology, he added, we know that what has long been considered an isolated smoking-related illness is much more complicated and is caused by a variety of genetic changes.

"We can classify lung cancer into two large groups: in the first, there are small cell lines (SCLCs), more common in men, highly linked to smoking and with rapid growth, representing between 15% and 20% of cases" .

"For these long time there was only surgery and chemotherapy. But great progress was made with immunotherapy, which is in the process of approval by the National Administration for Medicines, Food and Medical Technology (Anathema) in our country, emphasized at the seminar Diego Caen, Head of Oncology at the Hospital School and Clinic at the National University of La Rioja, who managed to understand the technical problems of molecular testing.

"The remaining 80%, those of non-small cells (Cpcnp), are divided into adenocarcinoma (85% of cases) and others. So, 35% of patients with adenocarcinoma are not smokers," Corrales insisted. He added that 4% of these tumors develop in children under 40 years of age.

The worst diagnosis is the worst; In fact, lung cancer is still called a "silent killer" because the symptoms are similar to those of other respiratory diseases (a cough that lasts for three weeks or more, chest pain, wheezing, conditions affecting the flu, which lasts long-term improvement, even with antibiotics, bleeding from the nose) and the application lasts for a long time. It is therefore important, before any doubt, medical control: I hope it tells us that it is just rebellious bronchitis! (See "X-rays …").

If the tumor is detected early and surgically removed without spread, it can be treated and cured. But they are a minority (only 10%): as reported Kaen, in Argentina, most cases have been detected in Phase III, when not cured.

"But this does not mean that there are no possible answers. By 2014, when the doors for a new paradigm were opened, we only had chemotherapy. Now, molecular testing of tumors allows us to formulate targeted therapies to improve the survival of groups of patients with metastatic disease "he said.

What it is about goes directly into the heart of the tumor or helps the immune system to recognize cancer cells. And so, instead of attacking any fast-reproducing cells, even healthy ones, like chemo, can block their growth and spread, interfering with the action of specific molecules, called "molecular targets" that they activate, Caen explains.

"Knowing and understanding the characteristics of different tumors before the onset of treatment allows them to be much more effective," says Corrales. And until it is cured, in many cases the disease can be controlled for years (in the 1980s and without an attempt to treat) with much less symptoms and good quality of life.

Knowing the tumor means, in the first place, to know which type of tumor is, and what are the mutations associated with it. Also, keep in mind that the tumor may not be homogeneous, on the one hand, and that it is capable of muting, on the other, so it is necessary to control it during treatment to see if it is still effective (see " Liquid biopsy "). It is good that, in many cases, if one treatment stops working, there are others to try to replace it.

"One of the most common mutations is that of EGFR, a protein that, from the surface of cells, helps them grow and divide." When EGFR mutates, cells grow faster, "added Corrales. In these cases (more common in women, younger than 40 years and non-smokers), EGFR inhibitors can be administered and blocked by the signal that activates the growth of cells. "

"In Argentina, EGFR mutations are found between 15% and 20% of cases of this type of cancer," Caen noted. And one of the great advantages of these therapies is that they are pills that are taken home and a normal life. "

There are 5% of Cpcnp in which it is found that the ALK gene is mutated, which makes it generate a protein that hyperstimulates the growth of malignant cells. The available treatments (also pills) can be used even at the chemo site, significantly improving the quality of life.

Another new alternative is immunotherapy. In a normal cellular process, T lymphocytes (a type of white blood cell) identify tumor cells and eliminate them. Our body does it all the time. But they learned to overcome the system.

"Imagine that the tumor cells have a" mask "that hides them, and then the lymphocytes remain relaxed. Treatment blocks the receptor that makes the" mask "possible and makes the tumor cell visible to the immune system," explained Corrales.

Substances produced by the body or manufactured in the laboratory are used, such as monoclonal antibodies, which can work by strengthening the immune system, as well as by stopping or slowing down the growth of cancer cells or preventing the spread of other parts of the body (see : "Immunotherapy").

> Women's perspective Second cause of death in the world
Although the likelihood of a woman who develops lung cancer during her lifetime is 1 in 17, the numbers change and the illness increases in the female population. In Argentina, according to the National Cancer Institute (INC), the prevalence of the disease is still much higher in men (68.45% for them and 31.55% for women), but this is particularly worryingly increased mortality of this type cancer of women. Globally, this is the second most common cause of death among them, especially because their smoking habit has become more common. By contrast, women seem to benefit from a more serious reduction in tumor risk after they stop smoking.

> Immunotherapy We tell you what are monoclonal antibodies and how they work
They are molecules produced in the laboratory designed to act as a substitute for antibodies and are capable of recovering, improving or imitating the attack on the immune system of cancer cells. They are designed to bind to antigens that tend to be more numerous on the surface of cancer cells than in healthy ones. Different antibodies of this type are capable of detecting cancer cells, destroying their membranes, blocking their growth or attacking them. They can also block immune system inhibitors and can be treated with radiation and chemotherapy in the tumor cell. They are administered intravenously, and the frequency with depends on the type of cancer and the drug being taken.

> X-ray does not reach | If you can not leave pucho, at least look for controls "Unfortunately, a massive screening strategy is not able to detect disease in people without symptoms," said Diego Caen. but at least smokers should ask their family doctor for control. "The point is that not all of the control is handy:" it proves that the radiography does not work. A special tomography with low density is needed, "he added, and included people with familial history in the risky population. Quitting smoking reduces precancerous lesions and reduces risk, but remains important for years after leaving, so control should be the rule even if you do not already smoke.