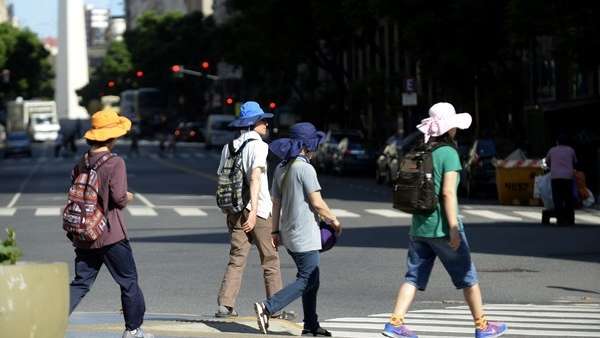 After the warm end of the year night, but not oppressive, and without precipitation, it was expected that this Tuesday, January 1, will rain heavily City and Greater Buenos Aires from the morning. However, the forecast has changed.

According to the National Meteorological Service (SMN), the weather will be unstable during the day, with the sky partly cloudy and probability for some isolated showers.

It is also expected that the temperature oscillates between 23 ° C and 30 ° C And that humidity is 75%.

The hottest moment of the day will arrive at night, accompanied by moderate winds and raids on the northern sector, although without the perforation of the ceiling of 30 ° C

How much, tomorrow they are expected on Wednesday precipitation from the beginning, which can begin to feel at this midnight.

On the other hand, according to the SMN projections, it will be summer 2019 with water.

This is because at the beginning of the year, Argentina could be under influence of El Niño. The phenomenon of climate in the coast, in the center and the northern part of the country, not only means more water fall than usual, but also increases the possibility of extreme rains.

Without going further, the storm that hit the metropolitan area last week at dawn was a sample. Between 2 and 3, the storm wind stormed a hundred trees in the capital, and in the southern part of the jungle slept to 150 km / h.