How PrEP works, the pill for preventing HIV Cities such as London, San Francisco and New York are registering fewer and fewer new HIV infections, and many experts attributed much of this achievement to the pill: pre-exposure prophylaxis, better known as EP.

If you take it daily PrEP manages to reduce by more than 90% the chances of engaging a virus that causes AIDS through sex or by 70% using needles that are not sterilized or used by more people, according to US Centers for Disease Control and Prevention (CDC for acronym) in English).

The US pharmaceutical company Gilead Sciences began selling in 2012 under the Truvada brand.

And three years later, the World Health Organization (WHO) began recommending its use to prevent HIV among high-risk groups to contract HIV, such as homosexuals, bisexual men and their partners, sex workers or sex workers. couples of someone infected with this virus.

But although its results have already been observed in developed countries, the high cost of this treatment has kept away from the most vulnerable areas.

Chile, for example, is one of the ten countries in the world where new cases of HIV patients are emerging they have increased by more than 50% between 2010 and 2017, according to the Joint United Nations Program on HIV / AIDS (UNAIDS).

And there PrEP costs between US $ 575 and US $ 645 per month, according to the press in that country.

However, from the first quarter of 2019, the government will distribute it for free as part of an ambitious national plan to fight AIDS, as new infections doubled between 2010 and 2017, according to the Chilean Public Health Institute (IMP).

But how does it work?

PrEP contains emtricitabine and tenofovir, two drugs that are also used in antiretroviruses, because they reduce the amount of blood in the blood and prevent it from multiplying.

It does not work like a vaccine because it does not generate antibodies, but its daily dose is necessary so that emtricitabine and tenofovir are present in the blood at the moment of infection and prevent HIV from being found in the body, CDC explains. website

However, PrEP it's not for everyone. Before you start taking it, it must be ruled out that the patient is already infected with the virus. It is also necessary to confirm the good state of the kidneys and the liver, because the pill may cause disorders in these organs. 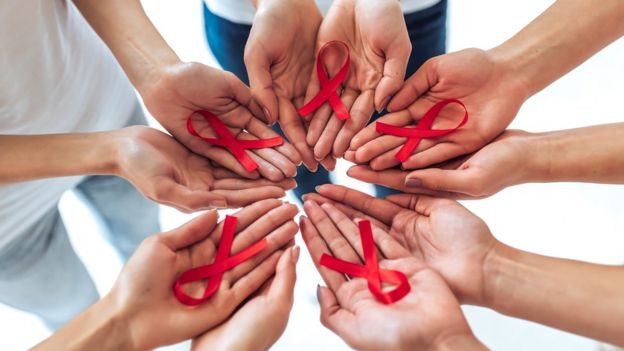 Experts recommend limiting its use to those at risk of contracting HIV because treatment may involve unwanted effects such as nausea, upset stomach or headaches and, in extreme cases, the accumulation of lactic acid in the blood.

In addition, those suffering from hepatitis B should be particularly careful, because if they start to use Truvada and then stop treatment, it is very likely that hepatitis will deteriorate.

Take PrEP does not mean that other prevention methods can be overcome. The pill does not protect against other sexually transmitted diseases such as gonorrhea, syphilis, or genital herpes, which is incurable.

Neither is 100% sure. Although rare, there are at least five cases of people who they got HIV despite taking Truvada and two more cases in which it can not be completely excluded that patients acquired the virus before starting to take the pill, according to the Aidsmap AIDS portal.

There are several exceptions among the thousands of people using PrEP. Nevertheless, treatment must be accompanied by other preventive methods, such as condoms and periodic HIV tests.

You can now receive notifications from BBC News World. Download our app and activate them so you do not miss out on our best content.