Government before the crisis: the trap of Plan V and the new political demand 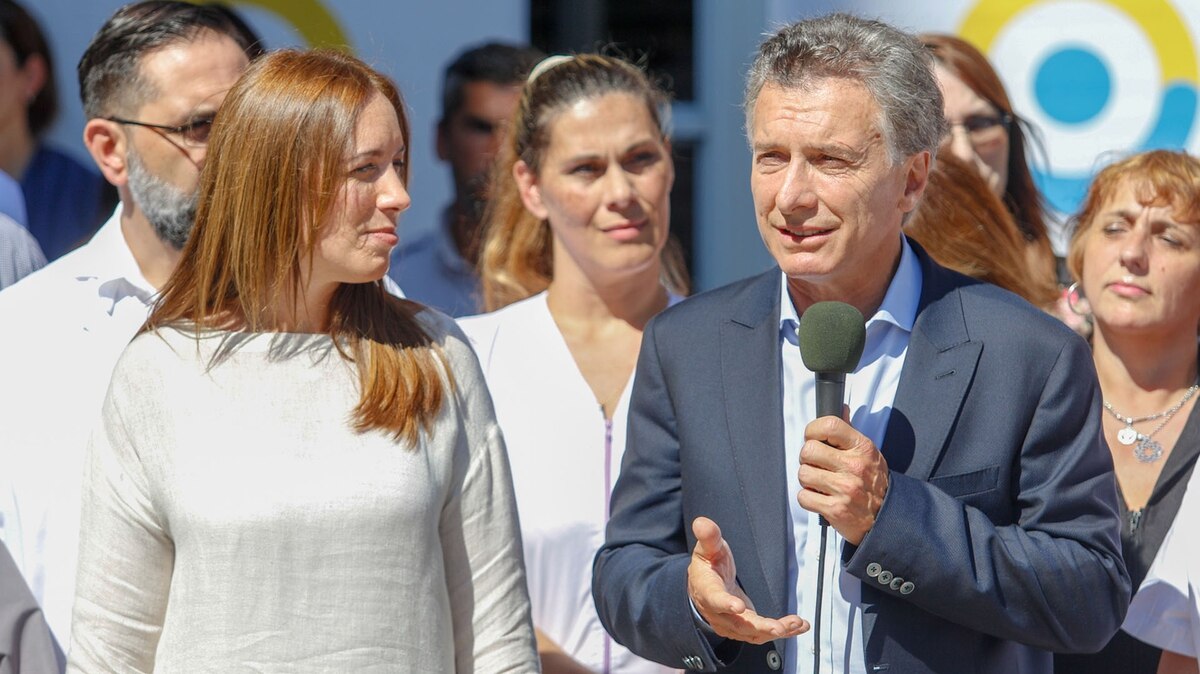 In these hours of a new and frightening escalation of the dollar, the government repeats three things: Mauricio Macri is a candidate for president, no plan V and they do not think about ministers' changes. It's a closed statement. Sources of the ruling party say that this is actually the current scheme, but in the reserve some admit that the economy has conditioned every attention to progress, in a very short time, day by day. "The answer must be political," officials, as well as allies, say. The problem is that the three repeated basic answers sound defensive and the trap, even for the Vidal Alternative, is a dizziness of the crisis.

It is not a question of principles that refusal to publicly consider the possibility of presidential candidacy of Maria Eugenia Vidal, personally deny it from the public, and also to representatives of the first business line, an environment where it is constantly circulating – and again the growing idea of ​​jump from the governor to the national struggle. The point would be the level of gravity in which the move will take place and its impact on the government itself.

In the words of the leader of Cambiemoos who does not reject the frontal alternative, this would not be the best moment and, at least of all, the best way to be an isolated decision. In its vision, that card played alone, without other accompanying political measures – a strategy, at best – today will be very powerful in the capital. It would be better to do so in a "more stable scenario" to free the political mass, although a more acute economic picture for the government could precipitate the steps, even with the additional risk of liquidation of the political credit that was supposed to be preserved.

The same considerations are heard about possible and drastic changes in the Cabinet. In the government, they reject the ministers' exit, starting with the head of the finance ministry, and argue that a climate similar to that of mid-last year was not proposed internally, when there seemed to be a profound change of officials and there was only gardening in the number of ministries.

"If you change the Minister of Economy and further calm the environment, with nothing more to offer the society, more than twenty-four hours. It does not help or worsen matters, sums up an extraordinary radical reference and denies the rumors of UKR's allegations of modification to the team of ministers and hopes to raise concerns that the palliative measures announced a few days ago will be held and confident. price ratios, tariffs, certain measures to facilitate SMEs and loans from Ans, this is not a low fact, nor is it isolated.

References in officialislismo are astonishing of the need for a political response to the tops of the dollar and the terrible signs of markets, in a broad sense, attributed to electoral uncertainty. It turns out at least it is naive to assume that one or two or three surveys have caused this situation, or have been the reason for a strong switch of bonds in dollars. It's much more complicated and more serious.

Clearly there is a combination of factors of the local economy – inflation, at the forefront -, external markets and the domestic political scene. The latter, summed up in a kind of vicious circle in which the uncertainty will be the fruit of Christina Fernandez de Kirchner's chances, but the affected election prospect will be Macri and the ruling party in general, from the consequences of this uncertainty about the economy.

In the government they strengthen this reading by adding it there were strict economic signals that do not affect as they can be expected in the markets: for example, reducing the deficit and surplus of the trade balance.

Nevertheless, it has been shown that the way forward in keeping the dollar by playing the maximum margins of the agreement with the IMF was examined. It will not be the first step on that road.

With everything, it seems clear to the government itself that the central reaction should be political. It is not reasonable to expect the situation to disperse with the definition of candidates of all powers – formal deadlines expire in just two months – starting with Christina Fernandez de Kirchner. Neither did he continue with the commitment to hold a "third force", a perronist, to divide the votes with Kirchner and his allies.

Times are accelerating. They seek, accept, political decisions, including those of an economic nature – from most heterodox measures just ten days ago – and most politically. That's what turns around and does not stop. It will not be a vacation weekend for the Government.