For now, there is only one flight canceled in the Aeroparque for protests announced by the guild 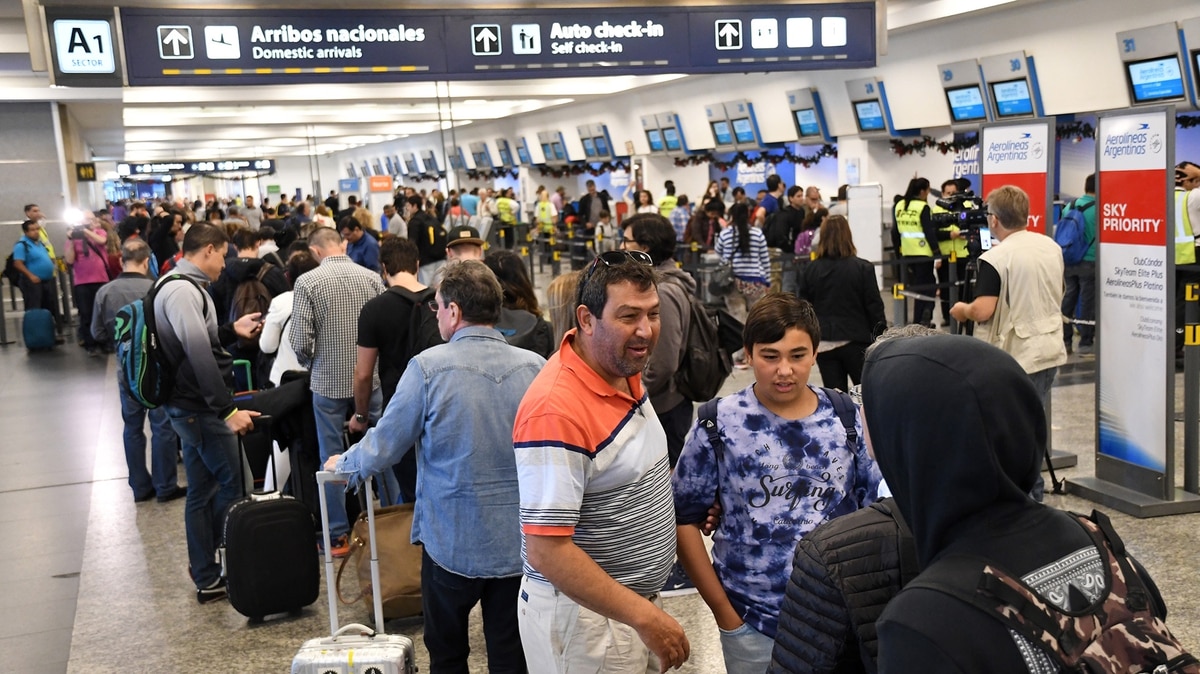 Aerolineas Argentinas warns today those who have scheduled flights that may experience delays or suspensions due to the assembly of the Association of Argentine Airplanes and protests of other unions in the sector, convened on this Friday from 7.

Taking this into account, the company asked passengers to check their flight status before going to the airport. This can be done via the website or on the social networks of airlines, which will also send press releases in the morning. The available customer service number is 0810-222-86527.

This is not the first time the airmen's association has done this type of activity. He did it on Friday, causing the cancellation 31 flights that cover 5000 passengersThen, on Thursday, the eighth, five remaining unions representing aviation workers measured strength 11 hours, which resulted in the cancellation of 258 flights and over 30,000 passengers.

Being a long weekend, announced Airlines, it is expected that it will move 214,582 passengers, 14% more than last year.

A few days ago, AAA and ATE announced their strength: "Given the lack of dialogue and lack of intervention by the agencies responsible for resolving conflicts, Aeronavegantes in cooperation with ATE ANAC will organize the meeting with cooperation and maintenance tasks on Friday 16 from 7 to 11 in Aeroparque the lack of dialogue and intervention of organisms that are competent in the conflicts we condemn. "

And they added: "Of course, we apologize to the users affected and share the reasons for our actions."