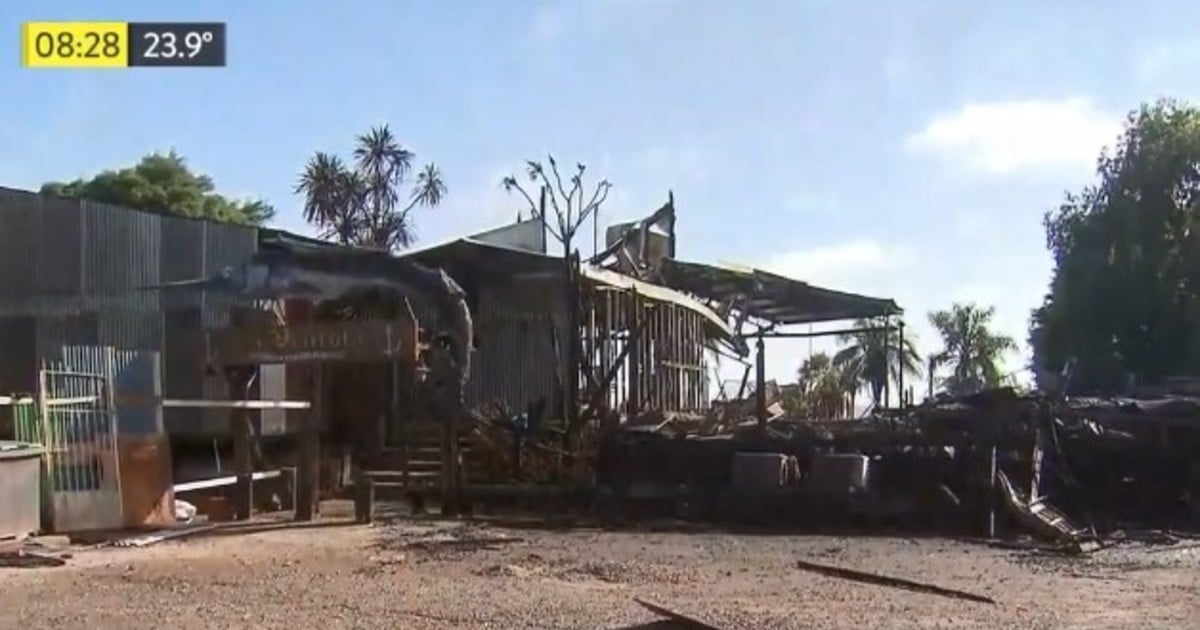 Fire hard to put out the destroyed restaurant "La Ventola" in the Buenos Aires party in San Isidro.

For reasons still under investigation, the site of Sebastian Elcano in 1700, in the lower part of the city of Martinez, began to burn this Tuesday around 1 am.

The trade, which specializes in fish and seafood, was fortunate to shut down when the accident took place. There was no personnel in the building, so there were no casualties or fatalities.

More than 10 firefighters worked on the scene, who managed to control the fire only 4 hours later, around 5 am.

After the fire, a restaurant, largely made of wood, was destroyed.