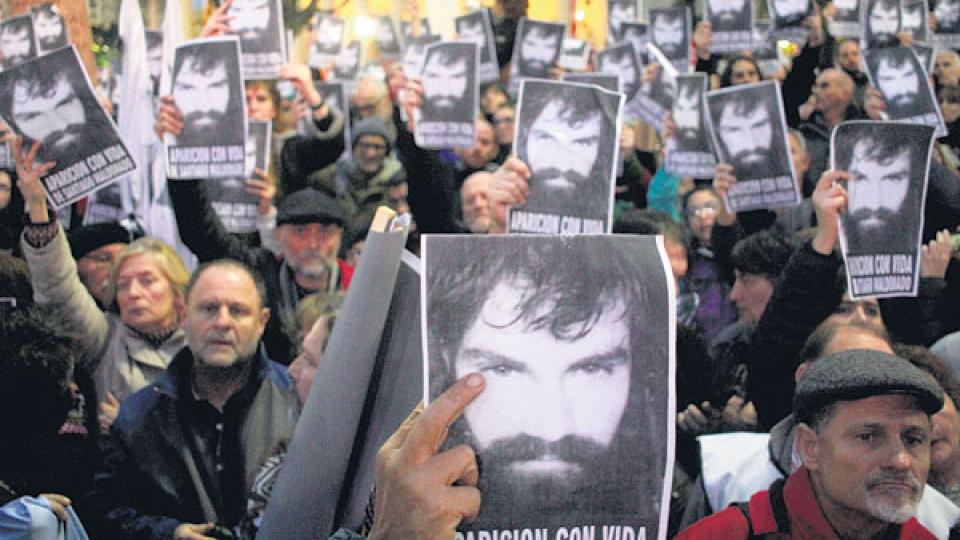 Federal judge Gustavo Lereral ordered the closure of the investigation into the disappearance and death of Santiago Maldonado because his death was caused by a "set of incidents" and that "no one is criminally responsible for his death." The judge also ordered the release of the gendarme Emmanuel Ehazu, the sole defendant in Maldonado's death case after the repression of the gendarmerie in the Pu Lo community in Resistance de Kusamen. The appeal of the APDA has already announced that it will appeal the verdict.

For Leralal there is no responsibility for Santiago's death, although he himself admits that he died while he was "running away". "The facts that were presented in this case do not constitute a crime, no one has forced the disappearance of Santiago. No one was identified through the evidence collected as the author of that criminal hypothesis. No one is criminally responsible for his death," states in the 263-page sentence.

In his remark of the 40-day repression, he only said that "a police procedure for travel has been proven." "From the confrontation with the protesters who developed that measure, he moved inside the property occupied by the so-called Pu Lof in Resistance Cushamen, which is on the side of that national road, "he added, without questioning the unauthorized entry into the community with a section of the gendarmerie.Although, when reporting on how the operation was deployed on the road, he insisted they were" about 20 people who would have been chased, armed with sticks and types of pumpkins, "which prevented" the normal flow through that path ".

In telling how he believes Santiago's death, the judge speaks in the sense of "truth." "The truth was simple, without a fascination. Santiago was at the place where they saw him for the last time. There, the only one, without anyone noticing, sank," said the judge. In the story, he explained that it was "a set of incidents" that interrupted the life of a young person.

"The desperation, the adrenaline and the excitement naturally caused by the flight, the depth of the well, the thick branches and roots crossed to the bottom, Cold, icy water moistened his clothes and shoes until he reached his body, and this set of incidents contributed to the sinking and that it is impossible to float, that no oxygen breath can appear. Because of the confluence of those simple and natural realities, unavoidable in that precise and fateful moment of loneliness, its basic vital functions were paralyzed, "says the fragment of the sentence. Then, Leralal says, "The truth is that."

The ruler assures that it is possible to "find out the truth about the disappearance and death of Maldonado" and points out to all those who have recognized justice with a version other than theirs. The judge spoke of some attempts "to present the facts in an absurdly different way to their essence". "Refusing to see reality is to materialize the absurd and live in a lie," he insisted on supporting his position.

On August 17 last year, the "Diversa Prefecture" found the Santiago body floating in the Chubut River sector six times earlier. Judicial expertise, some heard from the lawsuit, only indicated that he drowned. Yesterday it was accurately reported that Santiago's LTO expert report showed that he stayed underwater for 90 days indicating that the body was also in the Chubut River at that time. That analysis was challenged by the family as soon as it was ordered as zero, regardless of the result. Only one day after the result that strengthened the official version, the Leralal judgment came.