Controversy: will not renew the license of a motorcyclist who was authorized not to pay the fines – 03/11/2019 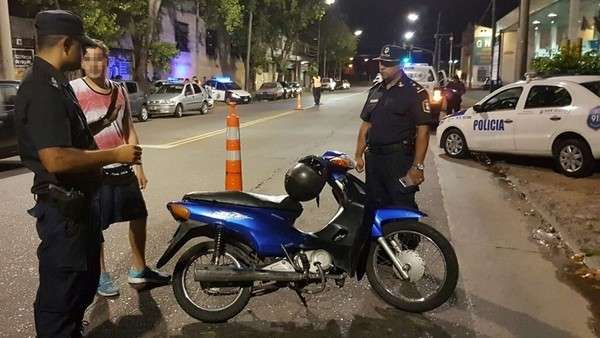 Municipality of La Plata will not give the license to the driver who has appealed to the Court because they refused the document due to unpaid fines. Judge Juan Jose Ruiz, who is interim in charge of the Platens Correctional Court, has declared an unconstitutional member of the 532 decree of 2009, seeking free of charge debts for processing the card in the municipalities in the province.

However, at the address Transit they explained it "the system does not allow" moves forward with the procedure without this evidence. And they also explained that communal lawyers and the provincial government they appealed Ruiz's decision, so it's not solid.

Opinion Opens Controversy: The Buenos Aires Attorney General's Office appealed to the Appeals Chamber, considering it exists "conceptual error" of the judge: "All regulations for transit are the authority of the province". And the requirement for free debt was provided by Buenos Aires' executive power, is another argument.

The case began when Mariano Martineelli started the forms to restore the driving license card and found that he had five unpaid fines. He could not continue the administrative process in the direction of Transit platense and submitted a letter from amparo.

Last week, Judge Ruiz ruled the benefit of a motorcyclist because he thinks that the state "has a specific regime for collecting debts for penalties such as a enforceable judgment" and therefore free borrowing must not be included among the conditions for renewal of the license.

This Monday the judge made other clarifications. "The decree can not require matters that do not require national law (in this case, the Transit Code)," he said in a note to the FM Cielo radio station. And he went on: "This mechanism represents form of extortion to achieve the payment of fines, "he added.

However, the court clerk explained that "it is not about promoting non-payment of obligations. What I say in the judgment is that the path required by the assignment body is not correct"

In the province, driver's licenses are issued by communes, and tests are carried out in municipal parks with inspectors and controls for which they are responsible. In La Plata the price is 779 pesos. The document was issued by the province's provincial government on the basis of agreements with 135 counties. In each jurisdiction, prices may vary due to differences in municipal rates.

In the transit area, they could not provide that document "unless the province makes an exception and modifies the system "they said in La Plata.

"The argument of the coercion trial is ridiculous. You can not initiate processes of those characteristics for thousands and thousands of cases, because the courts will be saturated. That's why free debt is required, "he argues previously Clarin road safety technician in the province.

After Ruiz's failure, he was suspicious. Can you renew the registration without free debt? The judge explained that the pre-trial verdict approached only the plaintiff, that is Martinelli. But that resolution can "set up jurisprudence". That is: the condition given by the provincial decree still valid.

There are other similar criminal proceedings and the governor is afraid that "the spread of this case will have an avalanche of precautionary measures to get a license without free debt."

The same thing happens in almost all provinces: They say there will be no unpaid fines to start processing. Santa Fe and Mendoza have it among the requirements. In the city of Buenos Aires, it is one of the things to be paid: besides, the permit and the certificate of a criminal record. In 2017 it was decided continuing a prescription period of two to five years, to equip it with the maximum time for granting licenses and thus avoid speculation that they have not paid the fines and have expired before the renewal.