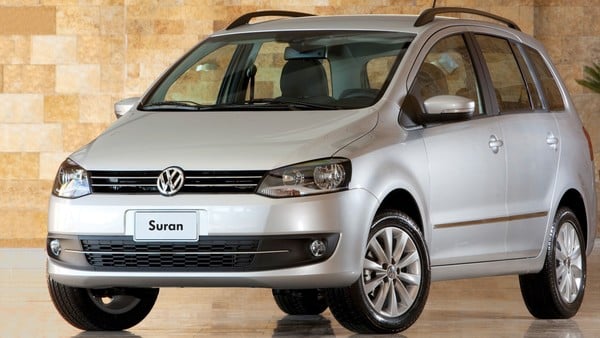 Volkswagen Argentina will stop producing the minivan of Suran from April, after 12 years. In fact, the machines that make up the production line installed at the factory that the German brand has in General Pacheco are already being sold: this place will be occupied by the new model platform, Volkswagen Tarek, according to the company.

"Volkswagen Sam, the region that is responsible for the South American, Central American and Caribbean Group's operations, announced that two new SUVs in the region come in: T-Cross produced in Brazil and Tarek in Argentina developed by the MQB's modular matrix that the Group uses globally and will come to compete in the fastest growing segment in the region, "the statement said on the first working day of the year in both countries. It is part of the launch in Mercosur of five new models of "sports cars" or SUVs, commonly known as "4×4".

At the Pacheco plant, just outside Ford, today Volkswagen Argentina produces two models, a pickup truck and a pickup truck on Suran. In November 2017, the VW owner for the region, Pablo DiS, announced an investment of $ 650 million to produce a new model that will be a SUV before. Now the model has a name and date of issue. But at the same time, the end came for the production of Suran.

"The line that corresponds to the Suran model must be modified (…) Therefore, after 12 years of production of more than 440,000 units of this successful model, the completion of its production is planned during the first quarter of 2019," the statement added on Volkswagen. "In this way, we can continue to advance with the necessary things to apply to the new platform, whose productive process allows for greater flexibility for the production of new models."

Amarok self-government will be the only one to leave the Pacheco plant from April this year until the end of 2020. Then they will add the SUV Tarek.

Several years after its launch in the country, Suran began producing in Brazil, where it is sold under the Space Fox brand. In the neighboring country, it is not expected to discontinue production.

However, in Argentina machines are already sold: about 25 lines of equipment that make up the "Surán Body" and that Volkswagen managers want to show potential buyers while still working during the first months of the year.

As for Tarek, very little is known so far, except for the brand and the amount of investment, which is divided between the new model and a new paint factory for the entire production complex. "The implementation of this new platform and the new color factory requires realization of modernization work in technology and infrastructure in the production facilities of the Industrial Center, where today" Suran "and" Amarok "are produced."

Last year, Volkswagen introduced the Tiguan All Space to Brazil, with the next launch being the Brazilian T-Cross, in April, and the Argentine Tarek, even without an official date. However, reliable sources assured that the new local VW will be open by the end of 2020.