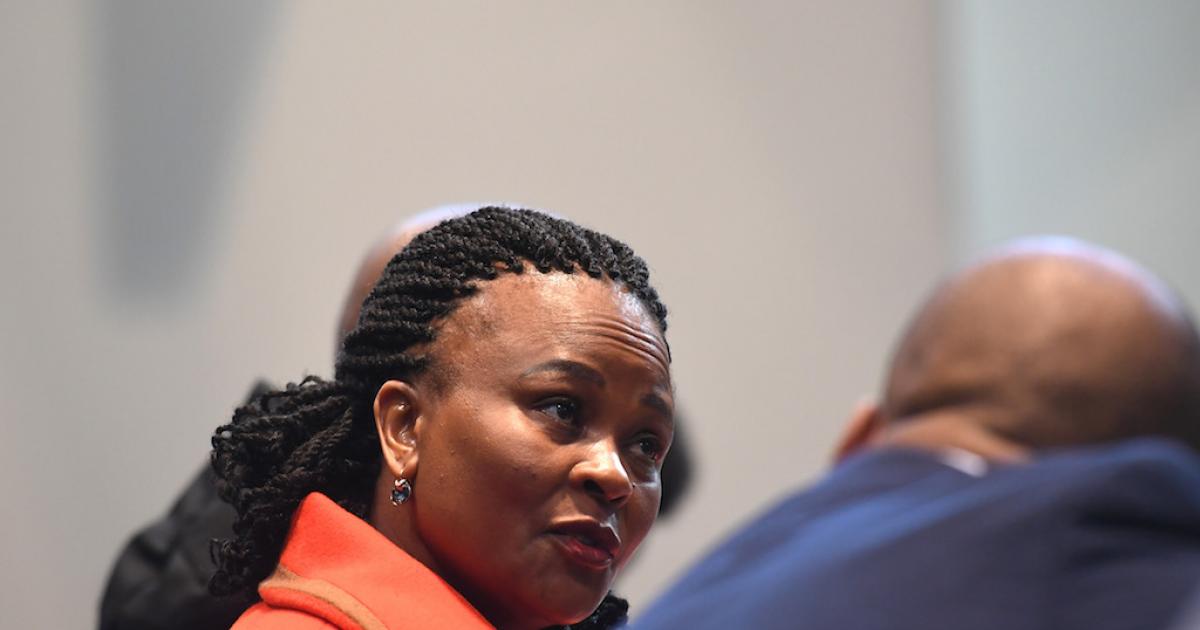 JOHANNESBURG – The DA has been warned that it will not be easy to remove Busiswe Mkhwebane as Public Protector.

DA Federal Executive Chairperson James Selfe says this is the view of the party's lawyers.

The party is pushing for a parliamentary inquiry into Mkhwebane's fitness to hold office.

DA leader Mmusi Maimane said his party has agreed that Mkhwebane is unfit for the office of Public Protector.

"FedEx has reaffirmed the party's stance that the Public Protector, Busisiwe Mkhwebane, is unfit to hold office and Parliament must initiate an inquiry into her fitness without delay – as requested by the DA," said Maimane.

The DA, however, said it would continue to keep an eye on the Bosasa matter.

"Notwithstanding, it must be made absolutely clear that questions about Mkhwebane's impartiality and ability have nothing to do with President Cyril Ramaphosa's wrongdoings as it pertains to Bosasa," he said.

Maimane also called for a broader inquiry into how ANC politicians personally benefited from their relationship with Bosasa.